Uber Eats has completed their takeover of Postmates. The deal is closed. Grubhub seems to be floundering. What's up with that? Doordash is going through with their IPO. What does all of this mean for those of us who deliver as contractors for these gig economy deliver companies?

We're in that lull right now between Thanksgiving and Christmas. You start looking at the year back, and the year ahead.

And with the crazy year that was 2020, it's probably not that much of a surprise that it seems like the whole industry is in an upheaval.

I'm not sure if I just wasn't paying attention or what, but this one snuck up on me a little. For some reason I thought it was going to happen the first quarter that they would close the deal.

But now the deal is done. Now what?

What will that mean for independent contractors? How is this going to impact those of us who deliver for one, the other, or both?

What I speculated earlier about Uber taking over Postmates

First off, nothing will change for awhile. It’s going to take several months for the deal to close. There’s all the regulatory and anti-trust hoops to jump through. I wonder if the two companies won’t continue to operate independently even after everything is said and done. To me, that makes sense.

How Would a Possible Uber Eats Take Over of Postmates Impact Independent Contractors? from the EntreCourier

I speculated that they would keep the companies separate instead of Postmates just being swallowed up by Uber Eats. There are those Postmates customers who are loyal to the brand.

Would eliminating the brand defeat the purpose of acquiring the company in the first place?

I think there's a challenge there for Uber Eats. A company that has about 25% of the market swallowing up a company with 10% market does not mean they now have 35% of the market.

There are those who choose Postmates over Uber Eats for a reason. The important question here is, how many of those customers will move over?

Some examples come to mind.

In 2013 Grubhub bought Seamless and in 2017 they bought Eat24 and a couple of other delivery companies.

When they bought Seamless, neither one was doing delivery, so there was no fleet to manage. But seven years later, Seamless is still an independent brand.

In fact, if you deliver for Grubhub, you know how you go to send a text from the app and Grubhub will start the text for you? “This is your Grubhub driver Ron…” Ever notice that sometimes it pops up “This is your Seamless driver”?

Those are times where the customer ordered through Seamless. All the internal stuff is the same between Grubhub and Seamless orders but they still maintain the individual branding.

That said, if you try to order through Eat24, you'll get a message that says Eat24 is now Grubhub. For some reason they decided not to keep the Eat24 brand alive.

In 2019 Doordash bought out Caviar. For about a year they maintained separate brands and each operated their own delivery forces. Almost exactly a year later, Caviar's delivery contractors were transitioned over to the Doordash Dasher app.

What I expect to see happen with Uber Eats and Postmates.

Uber Eats has maintained that Postmates would remain as its own brand. The management staff at Postmates is expected to stay on and continue to manage the Postmates brand.

I would expect to see things remain the same for contractors for a few months. It just takes time to merge the tech to the point that everything can be brought together quickly.

I do think that they'll try to combine the delivery fleets much more quickly than Doordash did with Caviar. They immediately were encouraging Postmates drivers to get signed on with Uber Eats.

The email to Postmates drivers

Today we are excited to share that Uber Eats and Postmates are officially teaming up.

While there are no immediate changes, and you can continue to earn on both the Uber Eats and Postmates apps as usual, we will be working over the coming months to make sure that the partnership means more access to customers and orders across the United States. Stay tuned for more information.

To get a jumpstart on this, please click here to sign up for an Uber Eats account if you don't already have one. It's easy to get started and you'll access more ways of delivering, Uber Eats Pro rewards, and – if your vehicle meets requirements – the ability to drive using Uber's ridesharing platform.

We'll be sure to keep you posted as new opportunities develop,

The key word I see in all that is “jumpstart.” In other words, I'm expecting that everything will be transitioned onto the Uber Eats platform. Eventually, there will only be one fleet of drivers.

My guess is it will be a lot like how Grubhub does it with Seamless orders where communications with the customer will be done in the name of Postmates. As far as we are concerned as drivers, it will all look like Uber Eats.

Ultimately, that means that from an independent contractor perspective, one of the big four are going away. There will now be only three major platforms.

If you deliver for Postmates, prepare to be assimilated.

What's up with Grubhub's struggles?

Is anyone else noticing this?

Grubhub is getting slow. I mean really slow.

For the longest time, Grubhub was busy. You could always expect an order to pop up every two minutes.

Any more, it's not uncommon to go fifteen, twenty, thirty minutes between offers. I wondered if that was just my market, or maybe they didn't like my acceptance rate. However, I've heard the same thing constantly from other drivers in other areas.

I was looking at another chart that showed sales number for the delivery apps, and it showed a quick increase when the pandemic started and a decline since then.

The Business of Apps article I linked above talked about how Grubhub still makes more of their money outside delivery. That would explain why I'm seeing quarterly reports from Grubhub detailing an increase in sales but then a drop in delivery sales

Are Grubhub's struggles because they're just bad, or because of the pending acquisition by JustEat?

I think it's a combination of the two.

Understand that this is my observation: Grubhub has had the most struggles of any of the delivery companies when it comes to getting deliveries done and completed. Customer satisfaction seems lowest of any of the apps.

I have often stated that a lot of it starts with horrible dispatching. When I'm in an area where several restaurants are sitting there all with orders begging to be picked up, Grubhub wants to send offer after offer to a restaurant seven miles away.

Another theory is that the addition of non-partnered restaurants has been a disaster for Grubhub. Grubhub would have drivers order and pay for the food as if it was for themselves, and deliver it to the customer.

Doordash and Postmates have done this for years. But there's something about how Grubhub did it that managed to tick off restaurant owners.

It just seems that Grubhub has managed to take the biggest PR hit of all of them.

Nothing could have been better for the delivery business than this pandemic. Business has been handed to these companies on a silver platter, and somehow Grubhub has managed to bungle it all worse than any of the others.

Will being sold change things for Grubhub?

Maybe. If the sale goes through.

Are they changes we would want? We'll talk about that.

Here's the thing: When Uber and Postmates announced their deal, it was said the deal would close in early 2021. It's already happened.

The merger between Grubhub and JustEat Takeaway was supposed to happen early 2021 as well. It then got pushed back to mid July. And then it was announced that the deal has been pushed back to the end of 2021.

What's going on here? Is there a possibility that Grubhub's struggles may lead to the deal not going through?

There was a fascinating article in Seeking Alpha that stated that “JustEats bet on the wrong horse” saying that maybe their decision to snatch up Grubhub was a mistake.

Is there another change with Grubhub to be on the lookout for?

I've thrown out my tin hat theory before.

I've wondered what's up with Grubhub not getting engaged in the Prop 22 campaign. Why didn't they speak up about AB5?

Here's an interesting bit of news about that. Just Eat Takeaway has announced that they are moving away from gig workers in Europe. They plan to switch to an employee model.

What does that mean for Grubhub? Is there a plan to do the same thing there?

I've said this often, including in last week's episode on the podcast: I think that a lot of the problem for all these delivery companies is they have no control over the product. Not when using independent contractors.

Is planning to solve their quality issues by hiring employees? Will they move to an employee model?

Doordash has finally moved ahead to do their intial public offering.

For the longest time I didn't think it would happen. The struggles and losses were too big. Investors were leery after IPO disasters with other gig companies.

Honestly, I think this is the only opportunity they have to make this happen. I don't think it could have happened without the pandemic. Doordash took advantage of the surge in sales better than any of the others.

What does this mean for independent contractors?

That's a good question. I'm still not real confident about how well Doordash can pull this all off long term. The bottom line is, they still suck at delivery.

The problem is, Doordash app crashes are getting noticed. I'm seeing a pattern a lot like how the whole tipping issue got so much attention a couple years ago. There was a lot of talk and discussion among drivers. Eventually some news articles started popping up, and it was then that things came to the forefront.

These are the kinds of things that can snowball. At what point do customers and restaurants say enough when Doordash doesn't seem interested in fixing an ongoing problem?

Where does all of this leave all of us?

Let me just put it this way:

You know the old curse? “May you live in interesting times!”?

2021 will be some interesting times.

I expect to see us go from four major independent contractor food delivery options down to three, possibly two, by this time next year. It depends a lot on what happens with Grubhub.

That doesn't even begin to address the whole political climate. While Prop 22 passed, the new administration is going to be much more likely to put pressure on the use of independent contractors.

I kind of expect to see Uber Eats make a move on Doordash. Will they pass them? I don't know. It will be interesting to see how this merger plays out, and whether Doordash's going public means they gain momentum, or was this all a sprint to get them to this point and they just kinda flatten out?

These are indeed interesting times. 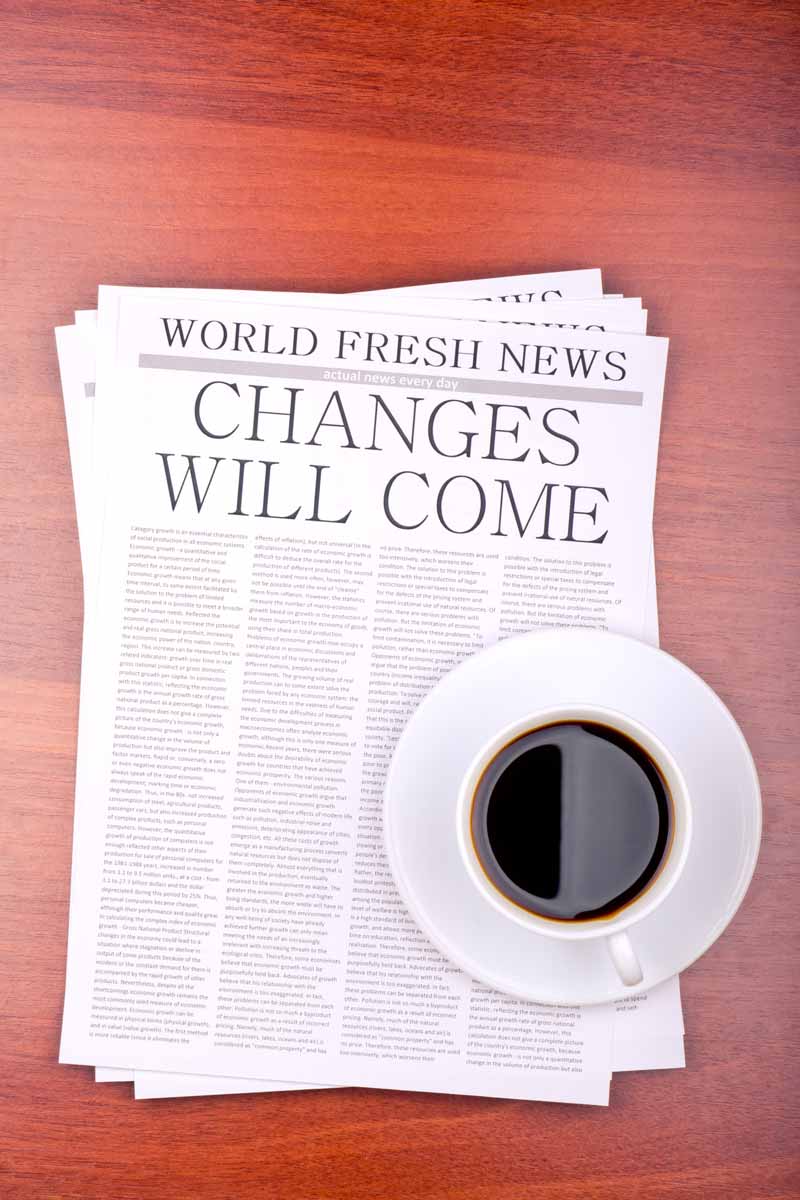 ← Previous
Why is Grubhub Changing to 1099-NEC? What's Changing? What about Doordash, Instacart, Postmates etc? 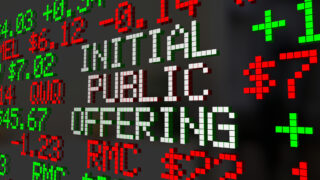 Next →
What Does the Doordash IPO Mean for Dashers?
Comments are closed.