What Does the Doordash IPO Mean for Dashers?

The PaycheckProtection Program has been renewed with the new stimulus package.

Independent contractors for gig apps are eligible. You can apply for funding through our referral partner, Womply, a verified agent who can connect you with the right lender to process your application.

The moment I thought would never arrive has arrived. Doordash has gone public. Day 1 is in the books and it went better than anyone could have expected.

At least it was better for those who invested early. I'm not sure if it's a disaster waiting to happen for those who decided it was a good idea to pay $190 per share.

But what does it mean to “go public?” Will this make any difference to those of us who are independent contractors for Doordash? Will the Doordash IPO make a difference to Dashers?

What does this IPO thing and Doordash going public even mean?

In a nutshell it means that Doordash is now owned publicly and not privately. You can buy shares of stock on the stock market, where before if you wanted to own a part of the company you had to buy your share of the company privately from someone else.

Here's an over simplified explanation. Tony had some great ideas on how to provide deliveries where they couldn't be done. But he needed money to get it done. He could borrow money, or he could sell shares in his company.

But Tony's company isn't making money. He keeps having to get people to pour money into the company. Why are these fools giving him money?

Because the time is going to come that they'll go public. What they'll do is sell stock in the company publicly, on the stock markets. That's when these investors get their money back.

Once the company is publicly listed like Doordash is now, people can buy shares of the company on the market. They don't have to know an investor and convince the investor to sell part of their stake in the company.

How did this IPO go for Doordash?

Tells you what I know.

Throughout the day, stocks were selling at nearly $190 per share.

Basically what that means is the original owners and investors are getting more than double what anyone expected they would get for shares in the company.

It's like if I was thinking of selling my old Buick for $750. I decide to offer it for $1,000. Someone comes and offers me $1,900. Nothing changed about the Buick but someone thought it was worth paying a lot more than it was worth.

That's kind of what happened with Doordash.

Tony Xu and Softbank and a bunch of early investors are in a really good mood right now.

Why this IPO is a miracle for Doordash right now.

Obviously I'm not a stock market expert. I thought there was no way things would go this well.

In fact only a year ago I was pretty convinced it would never happen.

Late November last year, I wrote that things weren't looking good at all for gig economy delivery. I didn't think Doordash was going to make it to their IPO.

If you wanted to create a dream scenario for Doordash, you couldn't have come up with much better than what this year was.

All of a sudden EVERYONE was home. No one could eat in. The only way to get the food you want is….

Doordash has been wanting to do an IPO for a couple of years. After debacles with tech companies like Uber and WeWorks last year, investors were wary. There was no way an IPO was going to get off the ground.

The only way that an IPO could work for Doordash is if you had some wild circumstances that inflated the numbers and made people forget what a disaster those other companies had.

Does this IPO mean Doordash could be more profitable than I thought?

Michael Bloch, who was one of the earliest team members at Doordash, put up a post about how they got there. It's an interesting read.

Two years ago, DoorDash was a distant third behind Seamless & UberEats in the food delivery race. This week, $DASH will IPO at a $30B+ valuation as America's biggest food delivery provider.

I was one of DoorDash's first 50 employees. Here's an inside look at how we did it 👇👇👇 pic.twitter.com/1MXg2i6UlJ

Someone responded to one of the tweets in the thread, asking about profitability. Michael's response was, we've shown a full quarter of profitability.

If you want to take a unicorn like the second quarter of this year as your basis, go right ahead. You know, the quarter that the whole country shut down? When delivery was pretty much the only option?

If you didn't make money during the pandemic, let's face it. You suck.

Oh, by the way…. what happened the next quarter? The losses then were far greater than the gains of that quarter.

What happens when things go back to normal?

Maybe that's a bad question. I'm not sure there will ever be a normal.

Sara Ashley O'Brien with CNN Business had a good article a week ago about how delivery companies might soon face a reality check. She described the pandemic as a perfect storm for these companies.

But what happens when things open up again?

But the thing is, you had more business than you could have dreamt of, and a lot of it will go away. How will they handle that drop?

Can Doordash unburn the bridges?

Here's the other thing I'm seeing.

Doordash may have unprecedented revenues. But they burned a lot of bridges to get there.

They talk about a three sided market, with customers, Dashers, and restaurants. What are their chances of thriving when all three sides of the market hate them?

There's a growing feeling among restaurant owners that these delivery companies have used the pandemic as a way to strong arm them into higher commissions and fees. There's more resentment out there than ever among restaurants.

How many are going to walk away when they don't feel the need for third party delivery any longer?

I see more hatred towards the company these days among Dashers than ever. The lack of support, constant app crashes, all of that have served to alienate Dashers and customers alike.

Doordash may be dominating right now. But the door is wider open than ever for an alternative.

What does this mean for Investors who bought stock?

I want to ask anyone who paid $190 per share in Doordash stock.

I just don't get it. I seriously don't understand.

How much of this is FOMO? People want to get in on the next Amazon? I think there's a lot of room for growth in this market, and you're already looking at a dominant player.

But you have to ask, can the company actually pull it off?

Doordash is a tech company whose tech doesn't work. They're not exactly scoring points with all three faces of their 3-faced market. Or with any one face, come to think of it.

Emily Graffeo of Markets Insider published an article reporting on the evaluation of one stock analyst that “Doordash is the most ridiculous IPO of 2020.“

Reading his comments, I can't help but think there's no coincidence that they filed quickly after news broke of the progress of the COVID vaccines. There was a short window where an IPO for Doordash would be appealing.

Maybe I don't know enough about how stock prices work, but I just have trouble thinking it will be anything less than a disaster for anyone who shelled out that much money for Doordash stock.

But didn't people think the same way about other tech companies that succeeded?

You look at companies like Facebook and Twitter or even Amazon. When they went public you heard a lot of the same things. “They'll never be profitable.”

Here's the big difference that I see: Those companies were great at what they did.

Doordash was brilliant at identifying the opportunities. They were the first to see that suburbs and small communities could work well.

But Doordash has never been good at what they're doing. What set them apart is their vision for the markets. They benefit from the fact that all of the delivery companies suck at delivery.

That's not a recipe for profitability.

What does this Doordash IPO mean for Dashers?

For one thing, it means more cash for Doordash. That means that they'll be able to stick around a bit longer.

I would be encouraged if I felt they were doing things to fix the things that were issues.

Will they pay more now? No. In fact now there's more pressure on profitability. I expect that pay to go down.

Will they fix their tech issues? God only knows. If they haven't done so yet, what's to say anything lights a fire under their asses to get it fixed now?

Personally, I don't expect things to get better. They probably won't get worse. It'll be status quo.

The bigger things to watch for are what happens as a result of coming out of this pandemic.

Will things get better now that a lot of this new influx of Dashers returns to work? Or will they get worse because they're not going to give up that extra income even if they do go back to work?

What's going to happen with the economy? My personal belief is, right now it's only being held up by smoke and mirrors and fake money being printed by the government.

Will there be a reckoning for it? Is all that going to come back and bite us in the butt? I don't know – I long believed it would back in 2008 and we spent all that money, so I don't know.

I don't think we've begun to see the swath of destruction from this pandemic yet. A lot of people lost their jobs. A lot of business have gone under. Many more will in the months to come because they just won't be able to recover.

Be aware of what's going on out there.

I still believe that this delivery thing is a great way to make some money.

Even more, I believe that it can be viable for someone to go full time, if they do it right and their market is right for it.

I don't know if that will be true six months from now.

I had all these same doubts last November about where things were going, between how bad all these companies are at running their companies, and AB5 staring folks down. Yet 2020 was for many the best year you could have hoped for to do deliveries.

My best advice is, hang on to your delivery business opportunities as long as the opportunties are out there.

But have an exit plan. Be ready for things to change. If you stick with it, keep options open, don't stick with one company, and treat it like a business.

And keep an eye on things. Know when it's time to execute that exit plan. 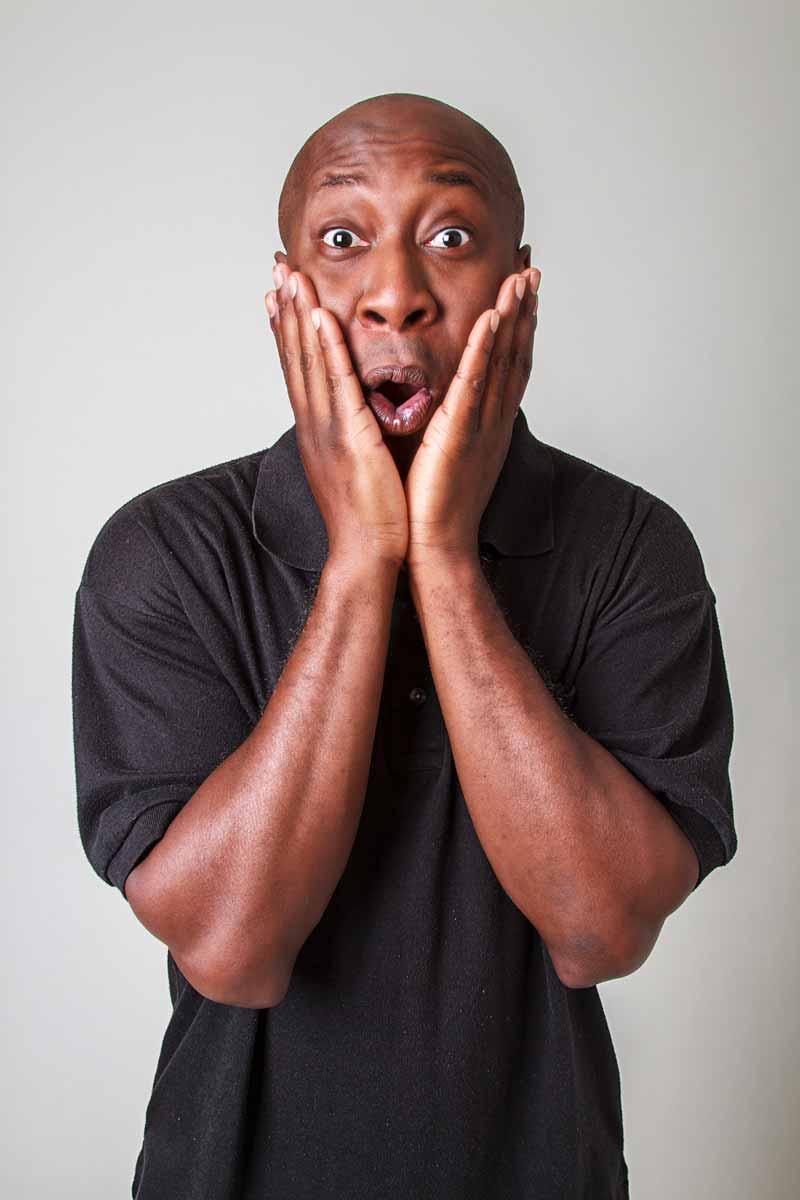 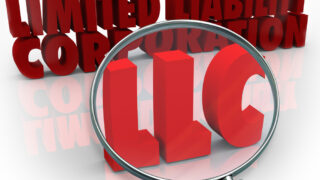 Next →
Should I form an LLC to deliver Doordash, Grubhub, Uber Eats, Instacart or other gig work?
Click here to cancel reply.