What is PRO Act and Why Should Doordash Uber Eats Instacart Grubhub Contractors Keep an Eye on It?

PRO Act is back and it could be a game changer for independent contractors with Doordash, Instacart, Grubhub, Uber Eats or any other gig economy company.

Democrats in Congress have re-introduced the PRO Act, or Professional Right to Organize. The act was passed by Congress in 2020 but stalled out in the Republican controlled Senate. Now with a slim margin in the Senate and with support from President Biden, Democrats see an opportunity to pass sweeping labor reform.

What is PRO Act and why does it matter for those of us who contract with Doordash, Instacart, Uber Eats, Grubhub, Lyft and other Gig Economy companies?

PRO Act is legislation that would amend many aspects of the National Labor Relations Act. The act does many things to enhance the position of labor unions and would overwrite state right to work laws.

The part of the act that would have a major impact on gig economy contractors, if passed, is the implementation of the ABC test on a nationwide basis in relationship to the National Labor Relations Act.

You may remember AB5 in California. The state of California passed AB5 which includes the ABC test. The ABC test more specifically defines when independent contractors can be used and when companies must hire employees.

At one point, Uber and Lyft were on the brink of closing up in California due to courts ruling they were required to utilize employees. They were able to get an injunction that allowed them to continue operating as they were until things could be decided at the ballots.

Proposition 22 was a ballot measure in California, backed by gig companies like Doordash, Uber, Lyft and Instacart, that exempted app based contractors from the ABC test. That measure passed in November of 2020.

Now we're about to go through this all over again, but on a national scale.

What is the ABC Test?

The question is, how do you define that? There are a lot of different definitions out there recognized by different states. Different parts of the federal government have different rules as well.

The ABC test is one attempt to simplify the rules. There are three criteria that one has to meet. If any of those criteria are missed, the company has to hire them as an employee and not an independent contractor.

The A Test: Control.

The A test of the PRO Act

Every definition of an independent contractor relationship that I'm aware of has control as the major factor.

It's a running theme in my commentary: Doordash, Uber Eats, Grubhub, Instacart – none of them are allowed to control our work. It is our right to be truly independent.

This is why you are allowed to choose your own times to work. You can choose which offers to accept or reject. They cannot tell us how we do our deliveries.

If they control the work, they have to hire employees.

If you think about it, it makes sense. What are they saying when they call you an independent contractor? They're saying they're hiring you as a business, not as an employee. They're saying it's a business to business relationship.

You can't control another business like you can an employee. If you do, you have to pay the price.

The B Test: Doing the work of the business.

The service is performed outside the usual course of the business of the employer.

The B test of the PRO Act

According to the B test, if the person you are paying is doing the work that is at the heart of your business, they are an employee.

Are you a painting company? You can't hire painting contractors. You have to hire employees.

Are you a delivery company?

See how that can be a problem for Doordash, Uber Eats, Grubhub, Instacart and others?

Have you ever noticed this line in Doordash's contract?

DOORDASH is not a restaurant, food delivery service, or food preparation business.

As part of a misclassification trial in 2017, Grubhub claimed they were not a delivery company. Uber Eats reports earnings for their contractors using a 1099-K instead of a 1099-NEC as a way to claim payments come directly from the customer instead of from Uber Eats. They too claim to not be a delivery company.

The C Test: An established trade.

The individual is customarily engaged in an independently established trade, occupation, profession, or business of the same nature as that involved in the services performed.

The C test of the PRO Act

This test is a little confusing. There are a couple pieces to this.

One would be that the person doing the work is doing work that would be normally provided by another business.

It's normal to contract work out to an accountant, an IT person, or a painter. Many other jobs are normally a part of the work of employees.

Another aspect of this is to focus on the “independently established” phrase. The idea here is that the person went into the relationship intentionally as an established business.

In other words, you cannot just say okay, we'll hire you for this job, but you have to be an independent contractor.

This is a big problem for the gig companies. Most people going into this don't think of themselves as a business. I've often called gig workers Accidental Business Owners. Too many times, someone reads the “I agree I'm an independent contractor” thinking it's just another form of job.

What would passage of PRO Act mean to gig economy work?

If PRO Act passes and withstands court challenges, you can say goodbye to the kind of work we all know now.

If the reactions to AB5 in California showed us anything, it showed that gig companies like Uber, Lyft, Doordash, Instacart, Grubhub and others will not satisfy the courts that they pass the ABC test.

None of these companies were able to convince any of the courts that they met all three tests.

I don't expect that to be any different here.

If the ABC test becomes law, I'm pretty sure these companies will be forced to hire employees if they want to keep operating.

It's possible that they could dramatically alter the way they do things to make this even more like an independent business model. They could require you to register as an LLC and change some of the setup. I don't see that happening because I don't think enough people would jump through all the hoops necessary to do this for them to meet demand.

One of two things will happen:

Any or all of these companies might close up shop. The cost of hiring a full scale employee force could be devastating to their business model.

Or, they'll terminate all their contracts and start hiring employees. If you want to keep delivering, you'll have to do it as an employee.

These past few years have proven one thing when it comes to politics:

We have no idea what's going to happen!

This is a big deal. A really big deal. It's a key difference between the left and the right. This will face a huge fight, and I just don't think there's enough support to overcome filibusters and other procedures.

Not as it's currently written.

Add to that, AB5 in California was a disaster. The state has already had to exempt dozens of professions from the act. And then, the gig economy companies that were the primary targets of the law were exempted by the passage of Proposition 22.

The fact that a very Democratic leaning state like California would pass Prop 22 by more than 58% margin tells you that the ABC test is going to have a problem getting through.

What happens if it passes?

Not for awhile anyway.

Doordash, Uber, Lyft, Instacart, and maybe Grubhub will lead the charge in challenging this through the courts. That's going to take awhile.

It took until September or October to come to a head in California. Expect it to take a lot longer with this law.

I would expect a year to two years before things start to fundamentally change. But if the law passes and the courts stand behind it, things WILL change.

What should we do?

I won't tell you what to do politically.

On the one side, I believe firmly that Doordash, Grubhub, Uber, Lyft, Instacart and others are fully abusing the independent contractor status. I don't think it's even close.

On the other side, I don't want to be forced to become an employee. I refuse to be employed by any of them. I don't trust them.

But here are three things I would recommend:

Decide if you feel the need to get involved. Study this thing. Study it well. It's a pretty major deal. Maybe you feel these companies shouldn't be allowed to skate by with independent contractors. Or perhaps you feel that PRO Act is over stepping.

If you feel passionate one way or another, get involved. Let your voice be heard.

Keep an eye on things. Watch this thing. If you rely much at all on your income from deliveries or gig work, this will impact you in a big way.

Start thinking about an exit plan. What will you do if it does pass? What happens if you are forced to become an employee? Do you want that? Or is it time to move into something else?

Now's the perfect time to start thinking about where you go from here.

I look at gig work as a gateway drug into being a full fledged business owner. Maybe you see it the same way. You love the freedom and you want to take it to the next level.

There's no better time than now to start. As I write this, there's time. It's going to take awhile.

Just don't wait until the last moment and get caught by surprise. 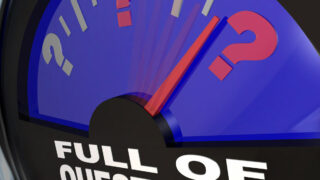 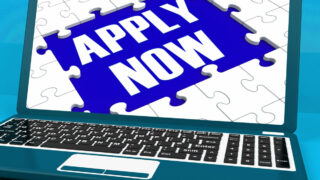 Next →
How to Fill Out the Targeted EIDL Advance Grant Application Step by Step as a gig economy independent contractor
Click here to cancel reply.