Don’t Be Surprised by Things That Shouldn’t Surprise You: Being Financially Prepared

Who'da thunk it that if no one is withholding taxes from your income, you would owe a huge chunk on tax day?

We talked in a post a couple days ago about how to figure out what your car really costs. The day before that, we talked about understanding what you really earn as an independent contractor. The reality is that what comes in isn't the same as what you are truly earning. It's important to understand that truth, and just as important to operate with that truth at heart. Let's talk about what to do with that.

Prepare yourself for the major money stuff that goes with running your business.

There are two big things that have a way of blindsiding delivery contractors: car expenses and taxes. These shouldn't be surprises. As mentioned above, your car costs you money, and most of that money comes in the way of things you have to pay for later. Those things WILL happen. A good business person is ready for that.

Four days ago, we talked about the importance of decreasing the miles you drive in relation to the money you earn. If you aren't doing that, you aren't really making a profit. Ultimately all you are doing is getting cash, but that cash is a loan against the expenses of your car that WILL come up in the future. But if you're spending the cash, you won't have the money to pay for that loan when it does come due.

Don't treat the money you get from delivery companies as your pay.

Your pay isn't the money that comes in from them. Your PROFIT is your pay.

What that means is, don't spend it as it comes in.

If you are using the instant pay feature offered by some companies, stop it. As soon as you possibly can, stop it. That money is not your pay. I know there's a convenience and there are times you feel like you really need it. Those that rely completely on the instant pay feature are going to be the ones most blindsided by major expenses like taxes and vehicle repairs. Wean yourself off it however you can. Spend less, earn more, as much as you possibly can, until you can get yourself where you deal with your money on a weekly basis rather than a daily or hourly basis.

Your best way to handle things like expenses and taxes is to take them out before you even touch a dollar to use for yourself.

Here's the killer when it comes to taxes: We are used to our standard deduction and personal deductions, where we didn't have to pay any taxes until after making a certain amount of money. That's true on income tax but it's not true on self employment tax. That tax is due on the first dollar you earn of profit, and it's a whopping 15.3%.

As soon as your pay comes in, set aside your tax money. Do your withholding for yourself. You have to do this to stay out of trouble. Now the hardest thing to figure out is, how MUCH should you set aside? I can't answer that because everyone is different. It is probably worth a sit down with a tax professional here.

Whatever you decide your formula, get your tax money taken out right away, get it out of your checking and put it somewhere you aren't going to touch.

So many of your costs on your car are related to miles. Tires, maintenance, shocks and struts, timing belt. Some are small, some pretty major.

If you are spending your money as fast as it's coming in, you're not ready for these things. Maintenance doesn't get done because you don't have the cash. Even routine things become an emergency. I saw a driver just today post a gofundme for his car repairs. Don't be that guy or gal.

On Thursday, I posted about how much the actual cost of your car is. We don't think of it really because it doesn't come out of our pocket immediately. What's the best way to remedy that? Get it out of your pocket immediately. The cost per mile is real, but you have to set that aside as you're racking up the miles, don't wait until the event and have to scramble or ask for charity.

Set up a second savings account. Once you got your last deposit for the week, ask how many miles you drove last week. What did you calculate as your cost per mile? If you haven't done that, go do it now. Multiply your miles by that amount. Move that total to your car fund. In the example earlier of 600 miles, and my car costs me 30 cents a mile, I'm putting $180 into the car account.

And when the time comes that it's time to replace the car. You've been putting money aside for the depreciation. That means that if you get a lot less for trading or selling it because of all those miles, you're covered for the difference. You're in a better position to replace that car.

What if there's not enough left over after taking out taxes and expenses ahead of time?

Let me ask this question. If you're working a job and the paycheck isn't enough, what do you do then?

It's pretty much the same thing.

Look, doing this helps you realize today what you are ACTUALLY making and it prepares you for things that are coming up.

If you are an employee somewhere, you can't go back and say can I have that FICA money back? I need the cash. Don't do the same thing here. Have some discipline. Leave the money in the savings, only use that money for what it's put there for.

If your paycheck from an employer is not enough, you have to either find a way to earn more OR find something that pays better. That's the same story here. Maybe it's the wakeup call to tell you that you're not making the money you need doing this, and it's time to do something else. That isn't a bad thing. Otherwise, you might decide that you just need to get more serious about reducing expenses or earning more. That certainly isn't a bad thing.

Discipline is hard, however it gets easier with practice

There's a book out called the E-Myth, which states that most people who call themselves entrepreneurs aren't really that because they don't have the mindset and actions that go with it. In the same way, most independent contractors aren't really the business owners they think they are because they don't develop the mindset and the discipline that are required for that status.

It can be hard to develop the discipline to do the savings that you need to do. We don't think we do that with our paychecks, but that's because it's done for us in the withholdings and deductions. However, there's an amazing thing that happens when you start doing this and it becomes a habit: You feel like you are in control You feel empowered. Your business owner mindset builds and it's an incredible feeling.

Be the boss here and take control of your money before it controls you. 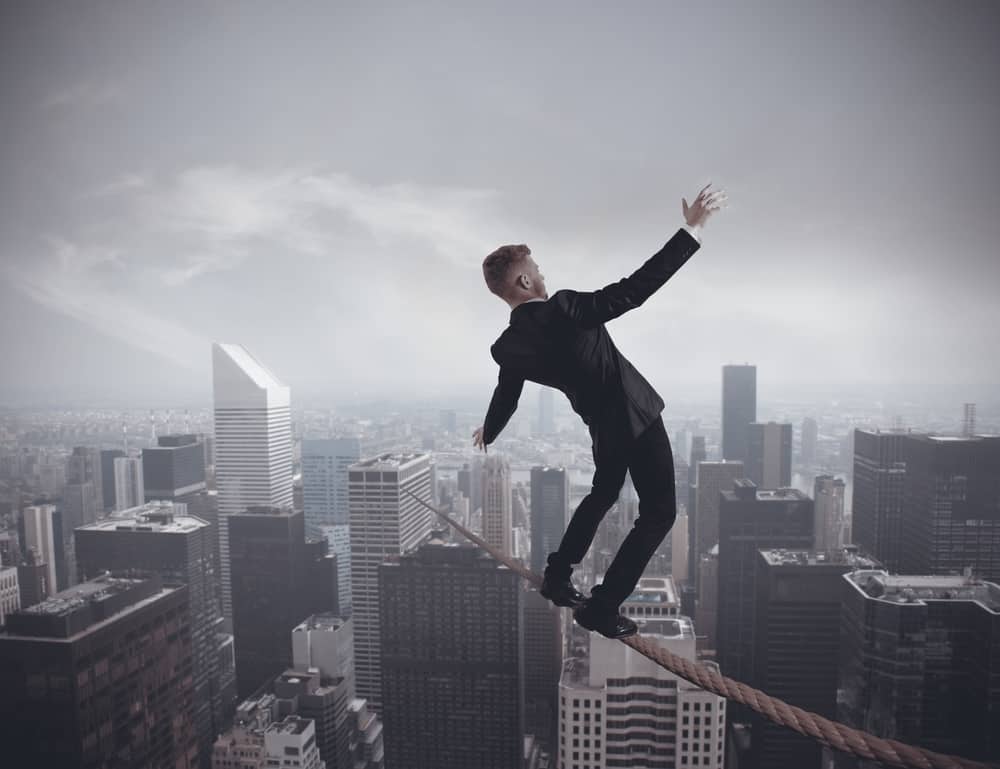 ← Previous
What Happens if You Are in an Accident While Delivering for Grubhub, Postmates Instacart or Doordash? 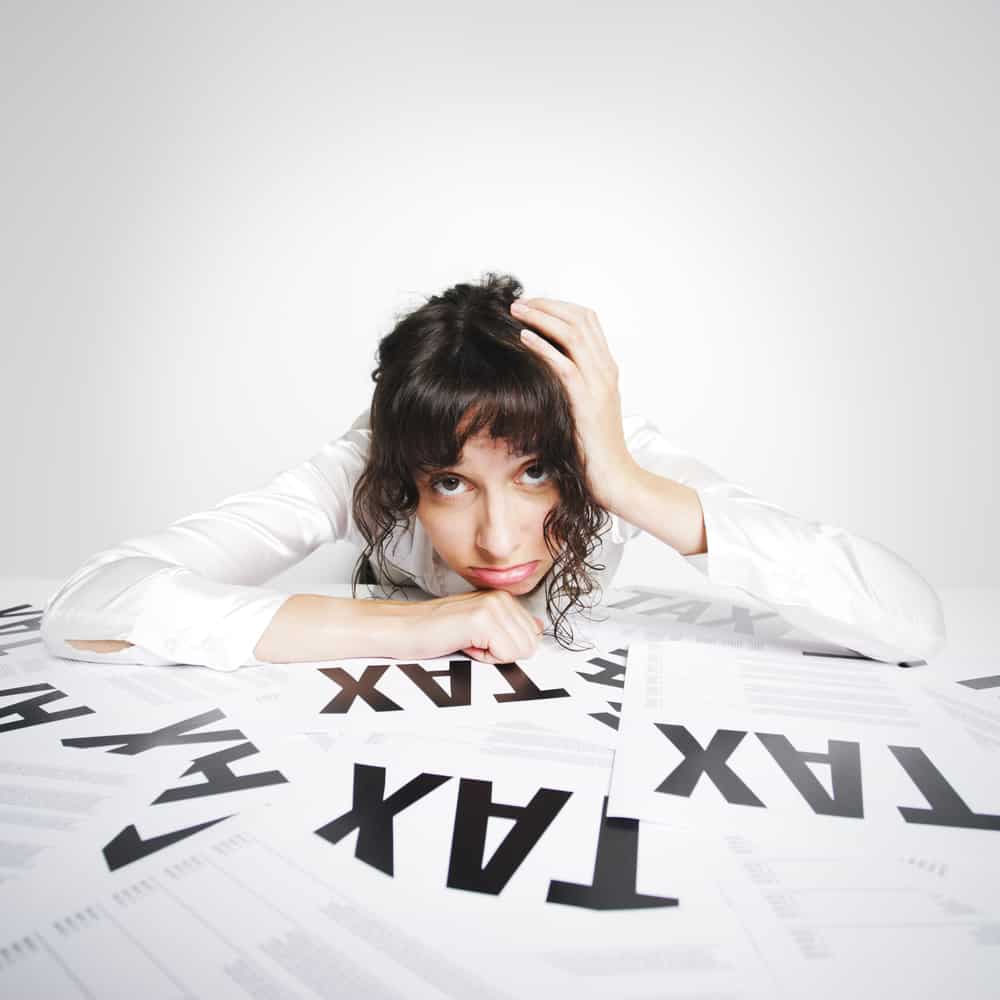 Next →
How Do Taxes Work Driving for Grubhub, Doordash, Postmates, Uber Eats etc.?
Comments are closed.