I made the decision.

I'm going all in.

Okay, for a week anyway. A couple weeks ago I wrote about the great Grubhub free Uber Eats experiment where a few days I focused on Uber Eats. It was a sort of forced experiment because I didn't get to the schedule in time, and it was a few days.

What if I do it intentionally? What if I'm all Uber Eats for a week? Can I earn enough?

This whole thing started with a brain fart.

Grubhub has been my primary income source pretty much since the beginning. I've stated this before that it's the one platform where I felt like I could consistently earn my 40 cent a minute target on deliveries. Now I've always been able to be at or close to that rate with everyone else, but that was picking and choosing deliveries. I know I've stated this before, that I'm not sure I could sustain that rate if THEY were my primary focus.

And then the brain fart. One Saturday morning, we were sitting around the table at the coffee shop when my alarm went off. Three minutes until time to pick my schedule blocks. I start to excuse myself from the conversation so I could claim my upcoming blocks with Grubhub. Then someone says something interested, I get into the conversation, and next thing you know fifteen minutes pass. And now all the blocks are gone for the early part of the week.

So I figured okay, I'll mix up a lot of Uber Eats and Doordash, but then see this quest on Uber Eats. Get $66 for completing 40 deliveries between Monday and Thursday. I've always shrugged those off because a buck and a half a delivery isn't that much with as low as the pay is on Uber Eats. Or is it? I gave it a shot and surprisingly it worked okay.

And then it happened again

This time it wasn't a brain fart.

Or maybe it was a different kind of brain fart.

We're driving across Nebraska last Saturday for a family event. 10:45 rolls around and I'm ready. There's no internet. Imagine that, middle of Nebraska and no internet. Who'da thunk it???

I'm FROM Nebraska. I KNOW there's these massive dead spots. Like fifty mile dead spots. I thought ahead enough to have my wife drive at that time so I could grab the schedule, but the brain fart this time came in the fact that I should have known we should have hung out in that last town a few minutes longer.

And I'm wondering if it was kind of this subconscious thing?

And it turned went well, again.

I was a little more nervous about this last week, to be honest. The first time it happened, we had some bad weather. So while I didn't see any drop in earnings by doing all Uber Eats the first four days, I wondered how much that was skewed by the weather. This last week though? Totally different picture. Nice weather, awesome weather actually. The kind of weather where people order in less often because they want to be OUT in the nice weather.

And the quest was $12 lower this time. There were fewer incentives. There was a fair bit of time I'm working on base fares.

And there was no drop off. In fact it was even a little better. In the end it was one of my best weeks ever for profitability.

And in some ways, it almost felt like Grubhub was slowing me down. There were a fair number of blocks available for the later part of the week, so I did grab those. I made as much per hour on Grubhub deliveries as I did on Uber Eats deliveries, but the thing is, the Grubhub deliveries were during peak earning times. Uber Eats was during the slower times. How does that happen?

In two years, only four weeks had better profit per hour.

All four weeks were during super busy delivery times. Incentives were high. Peak pay on Doordash was through the roof. One week was a Superbowl week, a couple of them were in the midst of really bad weather and high demand.

And last week? Normal. Everything about normal. No crazy incentives. No big peak pay offers with Doordash. I didn't see anything out of the normal.

But my earnings were right up there with the best. As of Thursday, the hourly profit was higher than my best week ever. It's like Grubhub slowed me down.

So what if I went all in on Uber Eats?

You know something funny? I mentioned above that I wonder if there was something subconscious going on when I missed the scheduling. I was joking but I wonder if I was. That first week that I did this experiment, there was just a different feel. I noticed it again.

There was something nice about going back to not having to worry about the schedule block. I didn't have to drop blocks if I decided to go home early. I didn't have to WAIT for my block to begin to really start earning. There was no worry about acceptance rate, no concern about if I'm finally going to get block restrictions because of Grubhub's bullying and threatening. I've told myself all along that those things don't really matter that much to me, but there was something really freeing about it REALLY not mattering.

And I was still making as much money?

So I pulled the trigger.

Okay, pulling the trigger in this case is more about not doing anything.

Saturday morning at 10:42, my alarm chirped at me. Time to get in a position where I can grab schedule blocks for Grubhub.

For the first time ever, I ignored it.

It was exhilarating. Seriously. There was an incredible sense of freedom in not having to worry about scheduling. Or any of the things that always linger in the back of your mind with Grubhub.

I'll still pick up some Grubhub deliveries, I'm sure. And some Doordash, like always. But I'm giving Uber Eats the chance to be king.

That's the crazy thing. They aren't. The new pay model is actually paying LESS. Overall, the incentives are nothing like what I saw a year ago, definitely nothing like two years ago. So what's going on here?

I think it's a few things.

Maybe they're a little busier. Is that because of fears about the Corona virus? Maybe, but if that were the case I'd think the incentives would be a bit higher.

I think they're actually faster – I'm noticing less wait time than in the past. I am getting more deliveries per hour since doing more Uber Eats. Tipping seems to be better, though tips are still a much smaller percentage of my earnings with Uber Eats than with any of the others.

Maybe the biggest factor is being able to know what to expect. They are now giving me a map and an amount. I think the reason I've done better this last week than the first time around is I'm getting a better idea how to select orders. I'm not afraid of the $3 delivery – in fact I gravitate towards them. That's a different article altogether though.

How will it go?

Stay tuned. Last time around, I wrote up a summary. This week, I want to keep you updated on a regular basis. I'll try to get into individual situations and everything.

I don't know, is Uber Eats becoming a very solid option? As much as some things about them frustrate me, I'm really hoping they are. 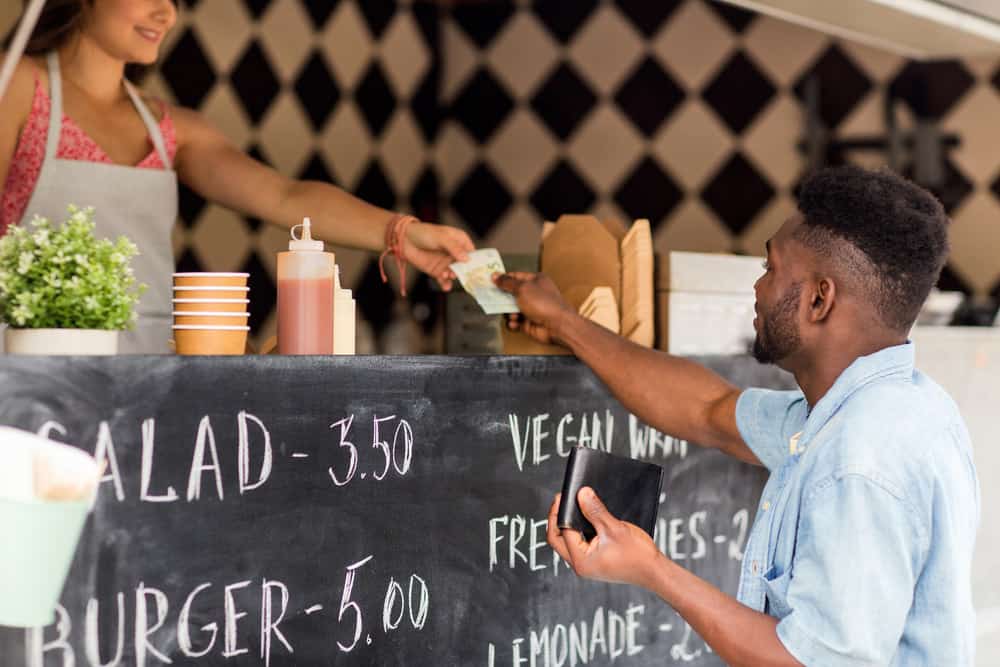 ← Previous
Place Order and Pay: The Good (Doordash) The Bad (Grubhub) and the Ugly (Postmates) 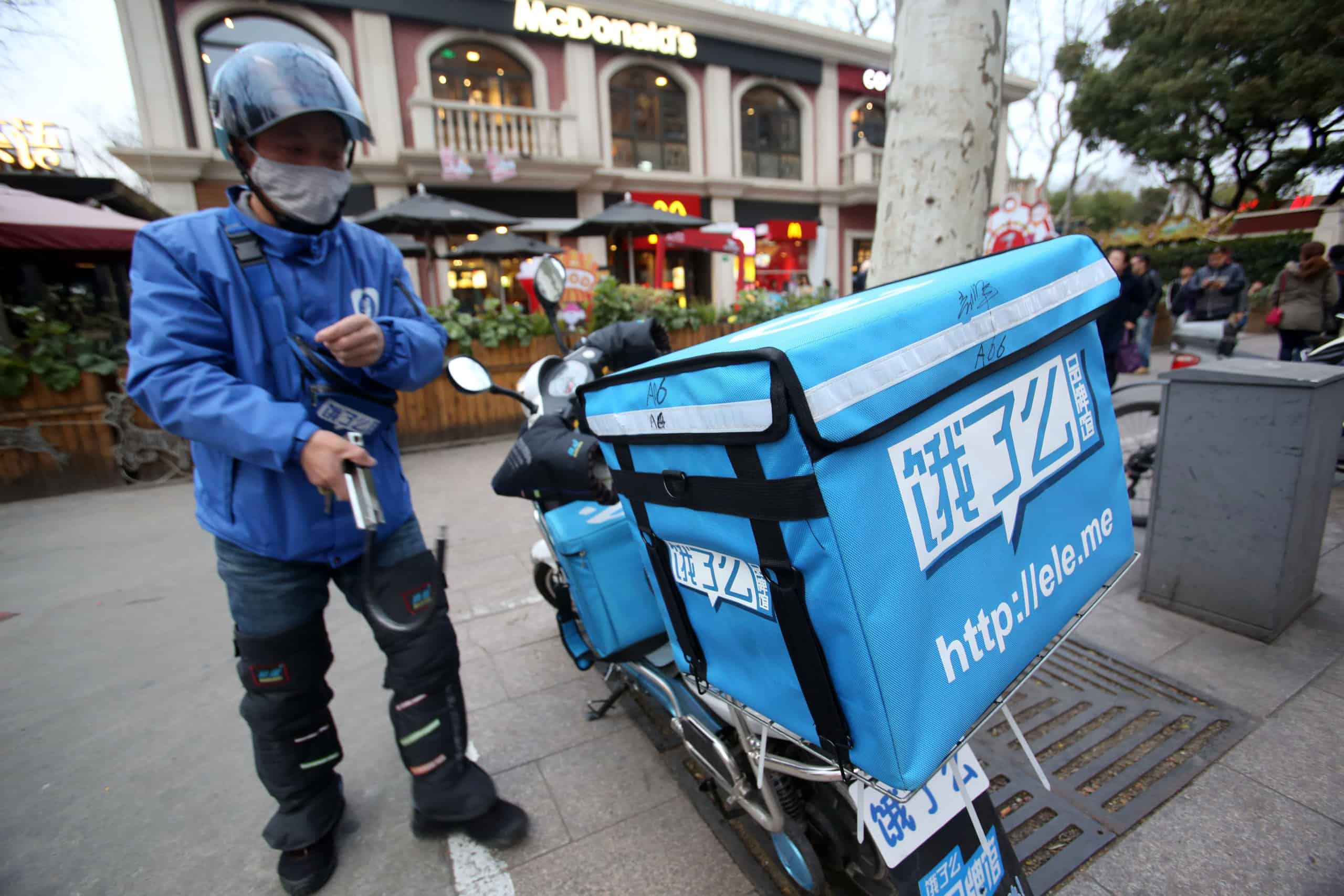 Next →
Could Grubhub's Attendance Policy Add to the Coronavirus (Covid-19) Issue?
Comments are closed.