New Top Dasher Perk? Will You Really Get Better Orders?

Doordash has added a new Top Dasher perk for the first time in a year and a half.

But have they really?

Doordash sent emails and in-app notifications to Dashers in several markets offering a new benefit for their incentive program. “Qualifying as a Top Dasher will now give you priority access to hig-value orders… helping you get up to 50% more of these delivery opportunities on average.

A great reason to be a Top Dasher. At least that's what they want you to think.

Up until now, Doordash delivery drivers have figured out that the only real benefit of the Top Dasher program is priority schedule access, or the ability to Dash Now at any time. For many, it's not needed enough to make it worth qualifying. As a result, Doordash is dangling another carrot out there.

Priority access to high-dollar orders. That looks great on paper. A lot of drivers are going to believe they'll get better deliveries if they're Top Dasher, which is exactly what Doordash wants.

But the reality is, Doordash hasn't really added anything new. There is no new perk. All this is is another empty promise that already exists and is just re-worded.

Doordash created a new page describing this new perk. Read on as we break down what they said and compare it to what Top Dasher already has, and you'll see why I say there's nothing new to see here.

The above is a screenshot of Doordash's notification that popped up in the Dasher app in some markets.

Top Dasher status could be yours.

Qualifying as a Top Dasher will now give you priority access to high-value orders (customer orders of $35+), helping you get up to 50% more of these delivery opportunities on average.

To unlock Top Dasher status, complete the following between Thursday, May 6th and Wednesday, May 12th (11:15 pm local time):

Keep in mind: The metrics above may not be the same as what you see in-app. We'll send you email updates so you can track these.

The link points to a new page in Doordash's Dasher Support site. Here's a screenshot:

Doordash goes into more detail here. Let's walk through what they say. More importantly, let's look at HOW they say it.

New Top Dasher Perk in Select Cities for May 2021

We are introducing a new Top Dasher perk in May in select cities. Dashers that qualify for Top Dasher program in these cities will continue to enjoy the standard Top Dasher rewards (dash now without having to schedule), as well as a new reward: get priority access for high-value orders (customer orders above $35). High-value orders often mean bigger tips, and can also be larger and more complex. We want to reward reliable Dashers with priority access for these orders.

Introduction paragraph in the Doordash support page about this new incentive

A few things stand out in the intro paragraph.

One, the heading makes it look like it's temporary and all-encompassing. I don't know what markets they are rolling it out in. Or are they doing this everywhere and using “select cities” to make you feel lucky that you're in such a market?

Is this new perk only for May? Will it end at the end of the month? My guess is they'll make it a permanent part of the program. That's because it's really nothing new.

But this is the part that's interesting to me. If you qualify you'll still be able to enjoy the standard rewards. They explain that further by pointing out “dash now without having to schedule” in parenthesis.

Why don't they include “more deliveries?” Because the “new perk” isn't really new and they don't want you to put two and two together. We'll get into that more when we examine how this new perk works.

You already have this if you're top dasher. Unless Doordash was lying in the past. More about that in a bit.

Doordash explains what they mean by high value orders. They say it's customer orders above $35. I've already noticed in Doordash forums and Facebook groups that many think this means $35 payouts. It does not. If you read on, you can tell they're talking about where the cost of the food is $35 or more.

“High value orders often mean bigger tips, and can also be larger and more complex.” In other words, they're saying that if the value of the food ordered is more than $35.

You're not getting $35 or more for these orders. The customer paid $35 or more. You'll still get your typical $2 to $3 base pay plus whatever tip. If the customer chose to tip.

In other words: Such a “high value” order can still pay only $3.

Still excited about that new perk?

There's something about this next section that makes the last sentence of the intro paragraph a little disingenuous in my opinion.

“We want to reward reliable Dashers with priority access for these orders.”

If you were really wanting to reward Top Dashers, wouldn't you at least for a little while keep this perk exclusive to those who met the requirements the normal way?

Because now Doordash is giving you the opportunity to short circuit the process. There's a special opportunity to earn Top Dasher status in a week, rather than over the one month period that's normal.

Between May 6th and May 12th, all you have to do is deliver 25 or more orders, have a 70% acceptance rating and 95% completion rating during that time, and maintain the 4.7 or better customer rating.

“Participants will receive updates from Doordash throughout the week to let them know how close they are to qualifying.” When you combine that to what they said in the in-app message that the “metrics above may not be the same as what you see in-app,” that tells me they're measuring acceptance and completion rate only for that time period.

I'm assuming that by “maintain customer rating” that they mean they'll go with your ongoing customer rating as opposed to looking at your rating during that time. That's probably a good thing as one bad rating in a week could be impossible to overcome, with as how few times customers actually rate. However, if your rate's already lower than 4.7 you may be out of luck.

How will the new perk work?

Here's where we figure out that there's nothing new here.

This new Top Dasher perk will prioritize nearby Top Dashers for high-value orders (those with subtotal value above $35). This means that if we have two nearby Dashers who can take on a high-value order, we will break the tie in favor of the Dasher with Top Dasher status.  This not only benefits Top Dashers, but merchants and customers as well, as high-value orders are typically larger and more complex, and Top Dashers are some of our highest-quality, most reliable, and most experienced Dashers.

Doordash's answer to how the new benefit will work.

Why do I say there's nothing new?

What are they promising? They'll “break the tie in favor of the Dasher with Top Dasher status.

Does that mean that you'll get more high paying deliveries? They didn't promise that. All they promise is that if there are two Dashers who are the best candidates to receive a high paying order, the Top Dasher gets priority.

I don't know how often there's a real tie. When you don't know the criteria for how they decide who to send the order to, how do you know if there ever really IS a tie? Is it like baseball where people think “tie goes to the runner” but there's rarely ever a real tie?

Either way, there's nothing new here.

Why this isn't actually a NEW perk for Top Dashers:

Because it's already supposedly a perk.

Were you aware that if you're a Top Dasher, Doordash has already promised you priority access to high value orders.

Check out what Doordash says about getting more deliveries on their Top Dasher support page.

Notice the language? “When things are slower, you will be prioritized for new orders. This means that if we have two nearby Dashers who can take on an order, we will break the tie in your favor.”

They use the exact same phrase. Break the Tie.

Doordash already promises that a high value delivery will have the tie broken in your favor if you meet the requirements.

That's because they break the tie in your favor ANY time there is such a tie, whenever that is.

Doordash has been caught in a lie here.

Why do I say that?

Because it's either one of two things going on here:

There's no way around it, that one of those two is a lie.

But Doordash is promising 50% more high value deliveries if you're Top Dasher.

I have to laugh at the last part of that paragraph describing how the “new perk” works. “Top Dashers are some of our highest-quality, most reliable, and most experienced Dashers.”

From what I've seen, the most experienced Dashers have learned to read through the Doordash manipulation and spin.

Doordash does not promise more high value deliveries. Read what they said: “up to 50% more of these delivery opportunities on average.”

Here's where I think this language comes from. “These delivery opportunities” is talking about the times when you are in a 50-50 tossup with another driver. You would expect you'd get one of those deliveries 50% of the time. But if you're Top Dasher and they're not, you get that opportunity 100% of the time. That's a 50% increase.

Any time any of these food delivery services promise “up to” you should know by now it's code for “you're probably going to get squat.” It's pure deception.

The bottom line: This is classic Doordash manipulation.

How do you know Doordash is lying? Their lips are moving.

They do it with their promise that base pay is calculated by distance and duration, even though they typically offer the same delivery fee for long distance deliveries as they do for short ones.

And they do it when they word a promise to make it look like you're getting a lot more, when all they're doing is promising something they already promised.

That doesn't mean you shouldn't be Top Dasher. You may find it's worth it. You could find that you already meet the criteria in the normal course of your business. If that's the best business strategy for you, more power to you.

All I'm saying is, don't change the course of your business based on a promise that really isn't anything more than they already promised. 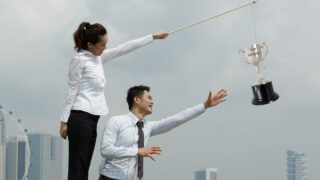 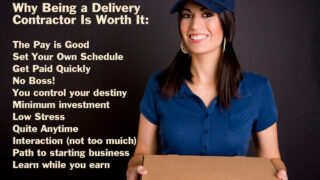 Next →
Eleven Powerful Reasons Being a Delivery Driver is Worth it.
Click here to cancel reply.