Should I Answer Individual or Sole Proprietor as my Business Type on Payable for Doordash Instacart or other gigs?

Some gig economy companies like Doordash and Instacart use Payable to distribute their 1099 forms. Every January they send out invitations to sign up to get your 1099 forms electronically.

And right away, one question stumps everyone:

What is your business type?

If you don't know the answer, odds are you're a sole proprietor. If you had jumped through the hoops to create an LLC or some form of corporation, you would probably remember that (and thus wouldn't be asking the question).

This is a good opportunity to understand business types. We'll talk about the following:

Why “individual” and “sole proprietor” are really the same thing.

I'm not really sure why they even have individual as an option.

Honestly, it doesn't hurt to choose “individual.” If you chose “individual” or “sole proprietor” it's all treated the same as far as your taxes.

Technically if you are not incorporated and you're not in a formal partnership of any kind (being married doesn't count) you're a sole proprietor.

My guess is, if they didn't list “individual” as an option, too many contractors would choose the wrong business type. A lot of contractors don't understand they're sole proprietors (or even understand the term).

If they see a list of business types and don't recognize one, they're more likely to guess. And they could guess wrong.

But here's why individual and sole proprietor is pretty much one and the same when talking about your business type as an independent contractor: The IRS really only has one designation.

A sole proprietor is someone who owns an unincorporated business by himself or herself.

It's pretty simple, isn't it?

Which means you're a sole proprietor.

What's the difference between sole proprietor, independent contractor, and self employed?

We see those words tossed around, often interchangeably. Aren't they all one and the same?

In a lot of ways they are. And yet they aren't. They can be the same thing but not always.

That makes it clear as mud, doesn't it?

So let's define each term:

We already saw the IRS definition. You're in business by yourself but haven't incorporated. In other words, if you're doing business and you haven't created a business structure, you are a sole proprietor.

Self employed simply means that instead of being employed by someone else, you are responsible for your own earnings. You can do that as a sole proprietor. You can also do that by owning an incorporated business.

I said earlier that independent contractor by nature means you're running a business. Here's why:

If you run a business and you need things done for your business, you have two choices: You can hire employees or you can contract the work outside your company. The legal definitions are that if you contract outside, it's always with a business.

Even if you're an individual doing the work, you're being contracted as though you were a business.

Therefore, an independent contractor is always a business. That can be a sole proprietor business or it can be a full scale corporation. The idea behind the name is they are independent of the company hiring them.

Wrapping those definitions up:

If you deliver for Doordash or Instacart or any of the other gig companies and you haven't created a business corporation, you are probably all three of the above.

If you choose to incorporate, you could be both self employed and an independent contractor but not a sole proprietor.

Let's say you make your money buying stuff and flipping them on eBay for a profit. You're completely doing it on your own, so you're not an independent contractor. You are still self employed, and you may or may not be a sole proprietor (that depends on if you created another business structure).

What about corporations, partnerships and LLC's?

As an individual, you do have the option to create other structures for your business. Your choice to incorporate depends on things like protecting your assets if your business goes bankrupt or gets sued, or sometimes for tax purposes.

A corporation is a form of legal entity. It's like creating a person according to some legal definitions. The company takes on a life of its own.

Think about it: How often do we talk about companies like Doordash and Instacart as though they were people? We say Doordash did this, Instacart did that. That's a lot like what it means to call it its own entity.

To further complicate things we have the LLC or Limited Liability Corporation. This is a form of corporation but is often simpler. These are created by the states, but then you can choose whether the LLC is taxed as a corporation or if the profits are taxed like owner's income.

Finally, there's the partnership. This is where you have two or more people who intentionally decide to create a business. They draw up an agreement of how profits are distributed and who's responsible for what. If the owners chose to incorporate, they'd be some form of corporation, but if they just operate as a group of individuals they're a partnership.

The bottom line is: If you formed any one of these types of business, you would remember it. It's kind of a pain in the butt to set it all up. You don't just “become” a corporation, partnership or LLC.

Why does Payable, Doordash, Instacart or any others even want to know what your business type is?

This all has to do with tax reporting.

If you remember signing up with any of these gig companies, there's a part where they take your tax information. That's so these companies know who to report the income to.

If a business pays money out to someone, they have to report it. When it's paid to employees, they report it on a W2. If they pay more than $600 to an independent contractor, it's reported on a 1099.

The government gets a copy of that report when you receive a 1099.

Because taxes are different for corporations than they are for individuals, they need to know the business type.

As a part of this whole process, they have to keep a W-9 on file for businesses they contract out to. It's kind of like the business version of a W4 (which you fill out right at the start of any employee job).

Individual, sole proprietor and single-member LLC all go in the same check box.

That's because when you're running a business individual and sole proprietor are the same thing. Notice how they're put together with a slash?

Is this even that important?

From a practical standpoint, when it comes to filling out the Payable form for your 1099 as a Doordash or Instacart contractor, it really doesn't matter if you choose Individual or Sole Proprietor. (and it's not a disaster if you checked Single member LLC).

Here's the main reason that it's important to understand that you are a sole proprietor.

If you have any other things where you need to know your business type, it's good to know that Sole Proprietor is the official designation.

Where would you want to know that? One of the best examples is if you needed to apply for relief from some of the CARES act programs like the Paycheck Protection Program or the EIDL. Applications for anything like that require you to know your business type.

But as you go back to filling out the form on Payable so you can get your 1099 for Instacart, Doordash or any other gig companies that use them, don't stress too much.

Individual or Sole Proprietor are both right answers to “Business Type.”

Technically, according to the IRS, it's Sole Proprietor. 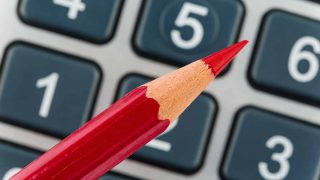 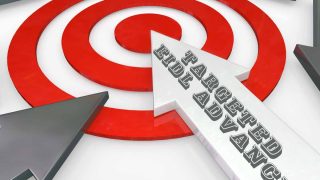