What is the actual cost of driving your car for Grubhub, Doordash, Postmates, Uber Eats?

Posted on Published: May 23, 2020 Categories Using your car

The example of my 1998 Buick illustrates the actual cost of driving your car for Grubhub, Doordash, Postmates, Uber Eats and other gigs.

The Buick is gone. Long live the Buick.

There are some cars you are happy to get rid of, and some that watching it drive away with its new owner just kinda tugs at your heart strings. This is one of the latter. I really liked that car. That car was good to me but it was just time to move on.

However, the sale of that car allows me to close the books on it. I can finally come up with a very real number on what it cost me per mile. I had long figured that it was right around 25 cents per mile. The final actual number was 26 cents.

The Credit Card on Wheels

When you are driving your car as a contractor for gig companies like Grubhub, Doordash, Postmates and Uber Eats, the actual cost is often far different than what we think. We tend to think in terms of gas. Whenever I see people ask “What kind of car should I get?” on forums, the common advice is get something fuel efficient.

There's no question that fuel efficiency helps a ton with costs.

But it's all the other costs that are related to the miles you drive that get you. They're often the costs that sneak up on a person. The car breaks down and you aren't ready to pay that cost. You sell the car and get a lot less money than what you paid. All of that adds up. Because you don't pay it until later when you do the repairs and maintenance or when you sell or trade the car, I say it's a credit card on wheels. Every mile you drive is piling up charges and costs that have to be paid later.

The IRS didn't come up with 57.5 cents per mile to be nice to us. They did that because that's closer to the actual cost of operating a vehicle these days, especially on newer vehicles.

This is what the overall cost was to drive my car.

Allow me to break it down.

The Buick was a gas guzzler. It averaged about 19 miles per gallon. That's not very good. I paid $8,250 for gas. In fact, gas alone cost me 12.9 cents per mile. Think what an improvement a hybrid would be for me!

Routine maintenance came out to $1,588. That included three brake pad changes, two tire changes, oil changes every 5,000 miles, and a tuneup. And then I had $1,943 in repairs. I replaced a radiator, had a couple of sensors go out, and then had an exhaust leak fixed.

And then there were fixed costs. This is the stuff that doesn't change based on miles. Sales tax, registration, and insurance. That all added up to $3,496.

That gas was expensive, and all those repair costs: Wouldn't it have been cheaper to buy a new hybrid?

That makes sense, doesn't it?

I ran the costs on what it would have cost to finance a new Hybrid over that same time period. I just went based on the most basic model of a 2017 Toyota Prius (the year I got the Buick) that I could find. Here's what I found.

One of the reasons you get a new car is you don't have all the repair costs – those won't happen for awhile. And then we're saving a TON of money on gas. Assuming 50 miles per gallon, I'm looking at $3,168 for gas. I'm saving more than $5,000. Sweet. We'll just assume that since it was brand new I won't have any repairs, so there's another $1,943 that I'm saving. Routine maintenance will probably be somewhere around the same, between tires, brakes, all that good stuff. Operationally, this thing is costing me a LOT less money. In a best world scenario, I'm saving $7,000 with that new Prius.

But that's not all there is.

And this is where that ugly depreciation thing raises its head. The car would have cost $23,475 brand new. If I sold it today, with 66,000 miles, if it's in very good condition I could get $14,515 for it. I know I beat the crap out of my Buick driving all those miles, so it's probably optimistic to think I'd get a very good on the Prius, but still, we'll go with that. That hypothetical Prius ended up costing me $8,960 in depreciation. So much for all those operational savings.

But then there's more. Because it's a financed car, I have to have full coverage. Insurance is costing me about $1500 more as a result. Sales tax would have been $1760. The annual property taxes would have driven my registration costs up another $1300. And then there's the interest on the loan – at 5% interest I'd have paid about $2400 in interest so far.

What are the lessons from this?

Both examples showed you some things that can cost you a lot of money that have nothing to do with gas mileage.

Most of your repairs and maintenance are tied directly to how many miles you drive. I spent more on repairs and maintenance than I paid for the Buick. When you drive more miles like we do, you have to get oil changes more often. You have to replace tires and shocks and wipers and all that stuff far more often. You get closer to having to do big ticket items like changing your timing belt or water pump. Every mile is adding debt.

More miles mean less you get back for your car.

If you've ever bought or sold used cars, you know that the number of miles on the car play a huge factor in what you can get for it. Our hypothetical Prius would sell for a lot more if it had the usual 25,000 or so miles than it would at 64,000. The more you paid (or financed) for a car, the more it costs you when you sell it or trade it in. Think about this: the Prius cost more in depreciation as what my gas guzzler cost me in gas.

Fixed costs get much higher on more valuable vehicles.

Most cities, counties or states tax you based on the value of a vehicle. That alone would cost several hundred dollars more on the Prius than on my Buick. Insurance is higher, especially when getting full coverage. Interest costs are huge – I'd have paid the bank $2400 just for the privilege of having this car that was also sinking in value.

You want to know the interesting thing about those fixed costs? I ran the numbers a second time on that Prius, but this time looking at about 28,000 miles. So the maintenance costs would have been lower, gas lower… but now that car is costing 65 cents a gallon instead of the 36 cents it was costing before all those miles. See what I'm saying about the IRS numbers? Insurance and taxes are about the same if you put 5 miles on or 50,000.

What does this mean for what kind of car you should drive?

Here's a couple thoughts I have.

One, don't go out and buy a new car just for delivery. That's especially true if you drive a mile or more for every dollar you earn.

Two, try to balance all these things. The Buick was a great value in the time I had it because it was in good condition. But I did wear it down and it was going to cost me a lot. I spent so little on other things that the extra gas and repairs didn't hurt me. But think how sweet that cost would be with better fuel efficiency and NO repairs?

I bought a ten year old Equinox to replace the Buick. I'll have more depreciation because I spent more – $6,000 instead of $2,600. Gas is about the same. Hopefully repairs are less, but who knows??? Maybe I should have looked at economy more than I did, but this thing is incredibly comfortable. That's a huge factor.

Think about those hidden costs or opportunity costs. If your car is in the shop, you can't earn. While you didn't pay out of pocket, that's less money you have at the end of the day when it is all said and done. That sounds like a cost to me. At the same time, if you have a great economical low cost car but you're not comfortable or you don't like being in it, that's going to cost money as well. That's because you are probably not going to stay out there delivering as long or might feel less motivated to get started. That's what you call opportunity cost.

Understand this: Your car costs money. I was estimating all along I was at 25 cents a mile. I was close. The main reason I was off is it sold for less than I thought, because of some areas where it was starting to wear down.

Get a good idea of what your cost of driving for Grubhub, Doordash, Postmates, Uber Eats and others. That really helps you get a feel for how you should be driving. 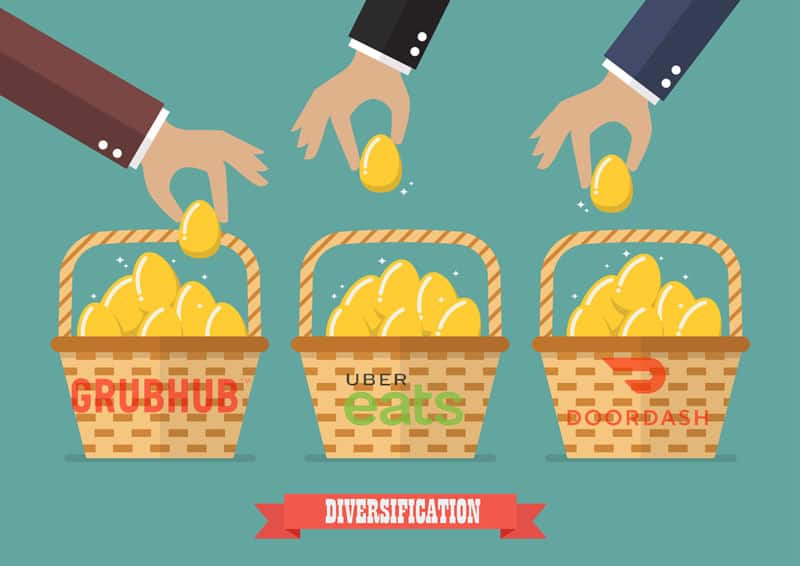 I love your articles and how you break them down and explain them. Thank you so much for this information.

Thank you so much, I really appreciate that.