The $600 extra unemployment benefit is expiring soon: How that will impact ALL Grubhub Doordash Uber Eats contractors

As things stand right now, the extra $600 per week being paid out to unemployment recipients will come to an end on July 31.

This could have a major impact on all of us who are doing delivery work for gig apps like Uber Eats, Grubhub, Doordash, Postmates, Instacart, Shipt and others.

This could hit us hard. By us, I mean all of us. Whether or not you are receiving unemployment right now, be prepared.

Be ready for things to get slow. Really, really slow.

Racing against the clock

As I write this it's July 22. That's nine days before the deadline. The government is no closer to an agreement on if and how to extend benefits than they were several months ago. Something's going to be passed, eventually.

Personally I think there's a higher chance of Auburn and Alabama fans cheering for each others' teams, or that my dogs will quit barking at every. single. squirrel in the neighborhood, than that something will be done in time to avoid disrupting benefits.

In fact, I'm not sure it's possible.

Look how long it took states to adapt to the CARES act in the first place.

Even with the deadline being extended on the Paycheck Protection Program after the end of June, there were several days that applications were off line. Seeing how all these things move so slowly, I'm not sure it's even possible to avoid disruption at this point in time.

And that's if something were passed and signed today. What are the odds of that???

According to this Forbes article, there's a high probability that if extended, that extra amount will be much less than before.

Why would this impact ALL contractors?

The CARES act opened the door for independent contractors to take unemployment. A number of delivery contractors have done so.

A lot of us haven't.

The food delivery business has skyrocketed during the past few months. I've found that I've been able to earn far more per hour in this time. A lot of drivers have.

For a lot of us, unemployment doesn't make sense. It is unnecessary. Many of us are making more than ever.

So why would this impact those of us not on unemployment? Our money isn't being cut.

That's the thing. Our money may be cut.

It's the impact of the expiration that could do it.

Be ready for a saturation of drivers.

A lot of drivers taking unemployment really needed to. They were at risk themselves. Or maybe caring for someone at risk. It just didn't seem safe to go out.

Let's be real. A lot of people figure out they're better off with unemployment plus the extra $600 a week than they are on salary. Unemployment offices can barely keep up with the applications. No one is checking into whether filing unemployment is legitimate.

If that $600 per week dries up, people are going to be hurting for money.

How many people have already flooded into delivery because it's available and it's easy?

And the thing is, these companies haven't kept the floodgates open to applications.

Without the $600, the unemployment benefits left over aren't enough for a lot of people, especially delivery contractors. You can expect a LOT of those contractors to be going back out on the road.

You can also expect a lot of new people signing up to deliver as well.

Be ready for a slow down in the delivery business.

When this whole thing started, I thought okay, delivery business will spike for awhile. But if this gets long and drawn out, people are going to run out of money.

I was wrong about that. At least so far.

The thing is, food delivery is still more of a luxury than it is a necessity. When you have less money available, you figure out it's a lot cheaper to fix the food yourself.

The thing about this extra unemployment benefit is, it's helped keep people afloat. But it's also kept them at an income level close to or even above what they were making previously.

But if that $600 per week is taken away from 30 million people, that's a lot of disposable income that's going away.

A lot of people who previously had enough money coming in and could afford to keep getting deliveries suddenly have $2400 a month less coming in. What do you think is one of the first things to go?

Add it all up:

Be ready for things to get slow.

What can you do to prepare for this?

A lot of us had an incredible boom lately in deliveries.

For me, I made a lot more in less amounts of time. A lot of it boiled down to the fact I could get a lot more deliveries done.

I hope you saved the extra. That could help get by.

1. Dust off the other apps.

If you're only delivering for one platform right now, you've got to make a change to that immediately.

If you've signed on with other apps in the past but haven't been using them, it may be time to re-acquaint yourself.

I think things could slow down. If they do, you're going to have longer waits between deliveries. But if you can turn on more than one app at a time, you have a much better chance of staying busy.

Now is the perfect time to get signed on with other apps. Full disclosure: The following do contain some affiliate and referral links. Some of these companies will offer you some bonuses or guarantees if you sign on through these links (depending on your market). I know Uber Eats has been ramping up their referral programs in my market, however if there is a glut of people signing up at the end of the month, that could slow way down.

You can sign up for Uber Eats using my referral link here.

You can sign up for Doordash using my referral link here.

Sign up for Grubhub here (not a referral link)

You can check out appjobs for a variety of other apps that may be hiring in your market.

2. Start thinking about your exit plan

An important thing I teach is, you want to know what you're doing next. If you don't know, start thinking about it.

That may not help in the immediate future.

This whole delivery thing can be an awesome income source. But this is a reminder that things can change. You need to be ready for change.

A related thing that I say a lot is that this independent contractor thing can be a gateway drug for a lot of us. We love the freedom. We love being our own boss. It's the kind of thing that makes you think, I want to take this even further. Maybe now is the time to start working on that. I wrote more about all that here.

3. Look into whether any of the other assistance programs are a fit for you.

There were three main assistance programs introduced by the CARES act. Independent contractors are eligible for all of them.

The PPP allows independent contractors to borrow up to 2.5 months of their average monthly profit from 2019. The loan is forgivable, and all indications are that as contractors we can have the entire amount forgiven.

However, the deadline is fast approaching. It's already been extended a couple of times and I don't expect it to be extended again. August 8 is the deadline, and a lot of lenders will probably shut down the application process a few days ahead of time.

You can apply through my referral link at Womply.

The EIDL is a straight up loan program.

There had been a $1,000 advance available to independent contractors that could be considered a grant. As of mid July, the grant funds ran out. The grant portion is no longer an option.

You can still apply for a loan through the program. There are a couple of things you should understand:

Personally, I was approved for the loan. I decided not to take it. I still wonder about that decision. For me, I'm trying to pay down debt, I didn't want to add more to it.

But here's the thing with that loan. The interest rate is quite low, 3.75% for a 30 year term. You don't have to start paying for a year after receiving the loan (though interest does begin accruing right away).

That's why I continue to wonder about it. I could set it aside in case things really tank on the delivery side, and if I don't need it I just pay it back in full before the payments are required.

Keep in mind however that there are restrictions on the use of this loan. You can only use it to pay for normal business expenses. There's not a lot of guidance for what that means for independent contractors.

The additional funding could get extended. It probably will in some way, shape or form. It might not be as much as it was.

But there's a high chance that whatever happens with this will impact us as delivery contractors.

Grubhub, Doordash, Uber Eats, Postmates and all the other gigs could see a surge of new or returning couriers. Deliveries could go down when people have less spending money.

Open yourself up to additional income streams.

Look into alternatives that can help you get by if things go south.

This is part of running a business. It's one of the downsides: things can change quickly. If you are prepared ahead of time, and ready to pivot or adjust to the changes, I believe you'll come through it okay. 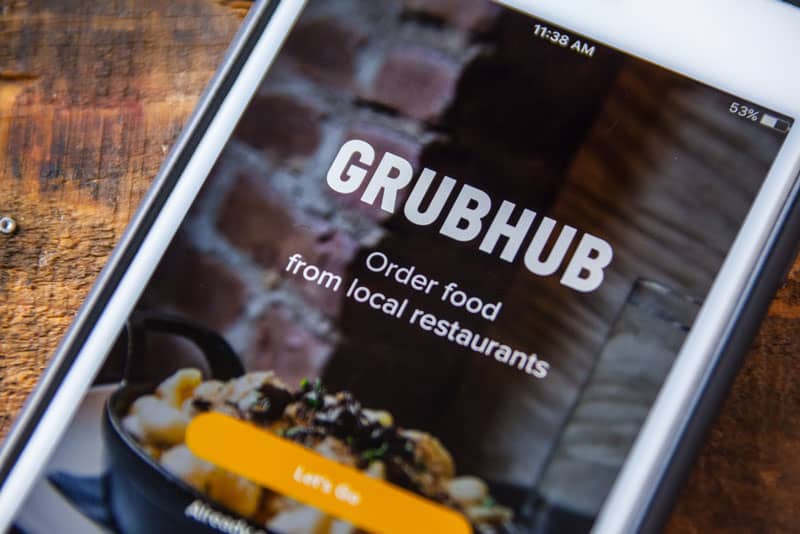 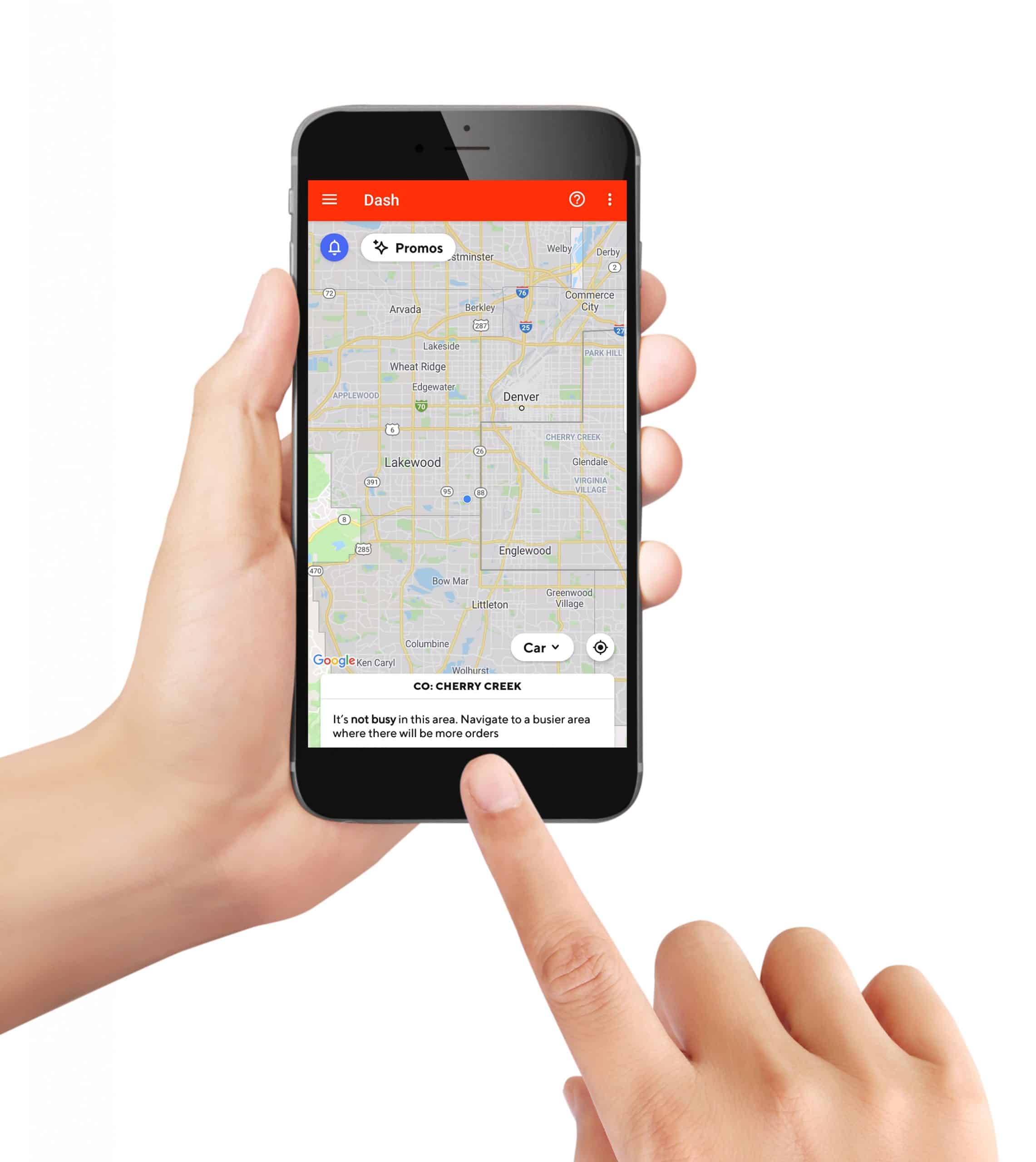 Next →
What is it like delivering for Doordash?
Comments are closed.