Why Did Uber Eats Send Two 1099 Forms? Which one is Correct?

Let's face it. Uber Eats is kinda wonky with how they do their 1099 forms. Some couriers are getting 1099's that seem to report way too little. Others see their income summaries that report way too much.

And then many are getting two different 1099 forms. What's up with this?

Which one is correct?

Some speculate that Uber Eats sends the 1099-NEC out if you make less than a certain amount, and the 1099-K if you make more. They're wrong.

If you received two 1099 forms, it's not a question of which one you should use. It's not that one is correct and the other is a mistake. They are both correct. This is why the assumption that it's one or the other is incorrect. Each 1099 is reporting different income.

It helps to understand how 1099's work with Uber Eats.

Basically what they do is they record the customer side of the transaction and report that portion of your earnings on a 1099-K. The part that is paid directly by Uber Eats is reported on a 1099-Misc.

Uber Eats is different than the other delivery in their use of the 1099-K. We write a lot more here about why Uber Eats does use the 1099-K. In a nutshell, they're claiming that part of what you earn comes directly from the customer and part is paid by them directly.

The customer part includes the base delivery fee, surges, and customer tips that are paid through the app. Those are reported through the 1099-K.

The Uber Eats portion includes incentives that they pay out like Quests and bonuses. It also includes the new Trip Supplement that was introduced when Uber Eats updated their pay model in late 2019. All of that is what's reported on the 1099-NEC.

Whether you receive either (or both) of those 1099 forms depends on how much you earned.

The 1099-K is a form that's meant to report third party transactions. It's what Paypal or Stripe would use to report your income if you were selling items online or through eBay. That's why Uber Eats uses it to report what they claim is the “customer portion” of what you received.

The federal government doesn't require companies to send out the 1099-NEC unless you've had 200 transactions AND $20,000 in revenue. For Uber Eats couriers, that means at least 200 deliveries and $20,000 in the combination of base fares, tips and surges.

If you receive $600 or more for non employee compensation from a company like Uber Eats, they're required to send you a 1099-NEC. For Uber Eats drivers, that means if your total of trip suplements, quests and bonuses, and refferal fees equals more than $600, you'll receive a 1099-NEC.

With this in mind:

If you want to get really out there, it's theoretically possible to have three or four 1099's from Uber Eats. For example, I do some bike deliveries. Uber Eats didn't have the capacity to toggle between bike and car, so they made me create a separate account for bike deliveries. They record and report income for those accounts separately.

If you were busting it full time doing a combination of car and bike deliveries, it's possible you could cross the threshold for the 1099 forms for both accounts, thus getting two, three, or four 1099's.

It is very possible that you received a 1099-K even if the money you received from Uber Eats was less than $20,000. There are two scenarios where that could happen.

Uber Eats says you made more than what you received, and their records show you received enough to send one out.

It's not that Uber Eats has the wrong total. In fact I'm finding that Uber Eats' reporting on income is far more precise than other companies. They're not like Doordash, who for at least three years running have had a terrible time with inaccurate and incorrect 1099's.

It's that Uber Eats has a wonky way of determining how much you made. It's all tied to this suggestion that the fares are coming directly from the customer. (In my opinion, the Uber Eats as a middleman/payment processor is a bald faced lie, but that's another topic.)

As mentioned, Uber Eats uses the 1099-K because they're suggesting the delivery fees came directly from the customer. They go further in this in that they state the fare from the customer was higher, and they're taking a commission out of it in exchange for connecting us to that customer.

So if the delivery fee were $7, Uber Eats might claim you made $10 and that $3 was commission. They report the $10 as income and you have to write off the $3 as an expense.

This practice will make the income reported on the 1099-K higher than what you actually received.

You might be in a state that requires Uber Eats to send 1099-K's at a lower income threshold.

In fact, some states started requiring a change just this year.

You may have never received one in the past and all of a sudden, here's a 1099-K showing up in your Uber Eats tax documents.

A lot of these requrements are directed precisely at Uber and Lyft. A lot of drivers have dodged filing taxes because they never received a 1099. States want their tax money.

Don't be surprised if the US government follows suit. If, of course, they don't just ban the use of independent contractors altogether.

Some of the states that require 1099-K's to be sent out at lower levels include:

I may have missed some states. According to SOVOS, California and Pennsylvania have legislation pending that would also lower the thresholds.

Depending on where you live, you may get a surprise 1099-K.

You file your taxes.

Both 1099 totals will have to be added to the income total on your Schedule C. If you didn't get one or both 1099's, you can look up your income summary in the Uber driver portal to know what to enter.

Unfortunately, it probably isn't a mistake. You won't be able to just ignore one of them. 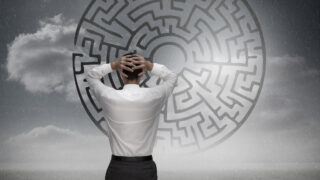 ← Previous
Why does my Uber Eats 1099 or Annual Tax Summary say I made more than I did? 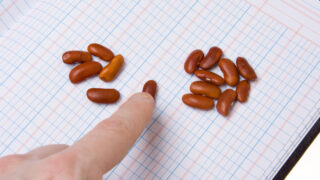 Next →
How Much Did I Earn on Doordash?
Click here to cancel reply.