What Is the New Doordash Pay Model?

Dashers recently received an email from Tony Xu announcing that a new pay model was going to roll out.

The Doordash pay model has been a source of controversy for awhile. There have been accusations pretty much from the day it was rolled out that they were stealing tips. I published this awhile back, that no, I didn't think they were stealing tips but that the structure of the pay model could easily be interpreted as such. The bottom line is that on a significant percentage of deliveries, Dashers do not receive extra money because of tips than what they would receive if they weren't tip. Draw whatever conclusions from that that you will.

we will soon announce a new pay model where any customer tip will be independent of DoorDash’s contribution for that delivery. It also means that we’ll need your input as we develop other details

Doordash CEO Tony Xu in an email to Dashers

What will the new pay model be?

We don't know. Yet. You can bet there's going to be a TON of speculation. The Youtubers and social media forums are going to be going crazy with this one.

It's a big enough thing that I broke from script on the Courier MBA series that I've been working on.

All I can do is speculate, kinda like everyone else. We don't know what it will be and we don't know when it will happen. The email states that ” we will soon announce a new pay model where any customer tip will be independent of DoorDash’s contribution for that delivery. It also means that we’ll need your input as we develop other details.” That leaves the question as to whether that input process has to happen first before the implement the new pay.

Why did Doordash finally give in?

They would have you believe it's about doing the right thing. If it was about the right thing, then they wouldn't have sent out an email less than a month ago doubling down on keeping the pay model.

The email leaves a bit of a clue as to why this is happening. ” I did not think that we could continue to do right by you if there were some customers who felt like their tip did not matter.”

There were customers AND drivers who felt that the tip didn't matter long before the email they sent out on June 27 that doubled down on the structure of the pay model and said “these features of our pay model will remain intact.” Why didn't that matter then but it matters now, only four weeks later?

I'm not sure why the explanations on the pay model started gaining traction. The information has been out there for awhile. Maybe there was enough frustration with that last email, but lately there has been a flurry of articles including from Tech Crunch, Gizmodo, Slate, The New York Times, and many others. Maybe it was enough of a critical mass to sway enough public opinion.

Or maybe I'm more cynical about that. Because I think it has to do with the money. I've long believed that if enough customers quit tipping in the app, that Doordash would have to change the policy. I've even told people that if they couldn't tip, Doordash was the best place to go because at least it doesn't hurt the driver as much.

I think that what has happened is, enough people got the message especially after the latest flurry of articles. They either started tipping in cash, or they stopped tipping altogether. Back when Doordash switched to this model they were essentially paying out the same as they were under the old model, just taking away from higher tipping orders to pay for lower tipping ones.

The problem is, people quit tipping in app. Doordash had to pay out more from their own pockets. Now that it costs money, a change had to happen.

What can we expect?

Exactly what the model will look like is difficult to say. There have been some interesting examples of pay breakdowns the past few months, so I would imagine that Doordash is playing with different pay models to see how they work. I'm sure it's a lot like all the different things Grubhub tried out before rolling out there new model in the past one to two months. Drivers have been reporting some interesting ‘base pay' situations, and they could be indicative of what is happening.

Here are a couple of things that I'm sure will factor into the pay model:

This will not be a pay INCREASE.

Expect this to be more or less revenue neutral. The new model will increase pay in some situations, decrease it in others. In his tweets announcing this change last night (July 23) Tony Xu said that “We did not launch our current model to pay Dashers less. In fact, when we moved to it, our average contribution to Dashers stayed the same.”

I would expect the same to be true here. You can expect Doordash to pay the same out overall, but it will just be arranged differently. In fact, based on what has happened with Grubhub and Postmates, don't be surprised if the overall pay actually decreases some.

Every time a new pay model rolls out people get excited that the companies finally listened and now we'll get a raise. It's never happened yet. Yes, Grubhub started paying for drives to the restaurant, but they also slashed the per mile rate by more than 50%. I expect that Doordash will continue to have a certain amount allocated for driver payment. If they improve in one area, they will take away something else.

The model will be structured to keep cherry picking at a minimum.

This was the original purpose of the pay model. And honestly, I think it worked. Too many low or no tip offers were being rejected, and Doordash had to do something differently. Basically they borrowed from the higher tip orders to supplement lower tip orders and make those more attractive.

So the question is, if they move away from that model, how do they prevent a return to the problem they had in the past? This is why I don't expect a return to the old pay model that was more like a $4 or $5 base plus tips, at least not implemented the same way. Somehow they have to come up with something that strikes a balance.

Based on the two things above, I expect to see Doordash switch to something that has a bit more substantial a base pay. I don't know if that means a flat fee like they had done in the past. They may come up with a formula more like the other providers, based on distance, time, etc.

I don't expect them to be incredibly transparent, whatever it is.

My guess is they are going to be more like Uber and Postmates, where they will no longer identify the payment amount. They may do something in between where they let you know the base amount but not the tip. I don't think we will know until the trip is over if there is a tip. I think they see Grubhub's struggles and will learn from them.

There have been some instances of bonuses showing up on payouts for drivers that are unexplained. That may be a component. If they do that more, you can expect a decrease in incentives to compensate.

These are my guesses. I do expect to see them continue to keep the average pay out per delivery the same. I wouldn't be surprised to see it drop, that's the trend with new pay models. Doordash will just restructure it in the best way they can to promote high acceptance rates. 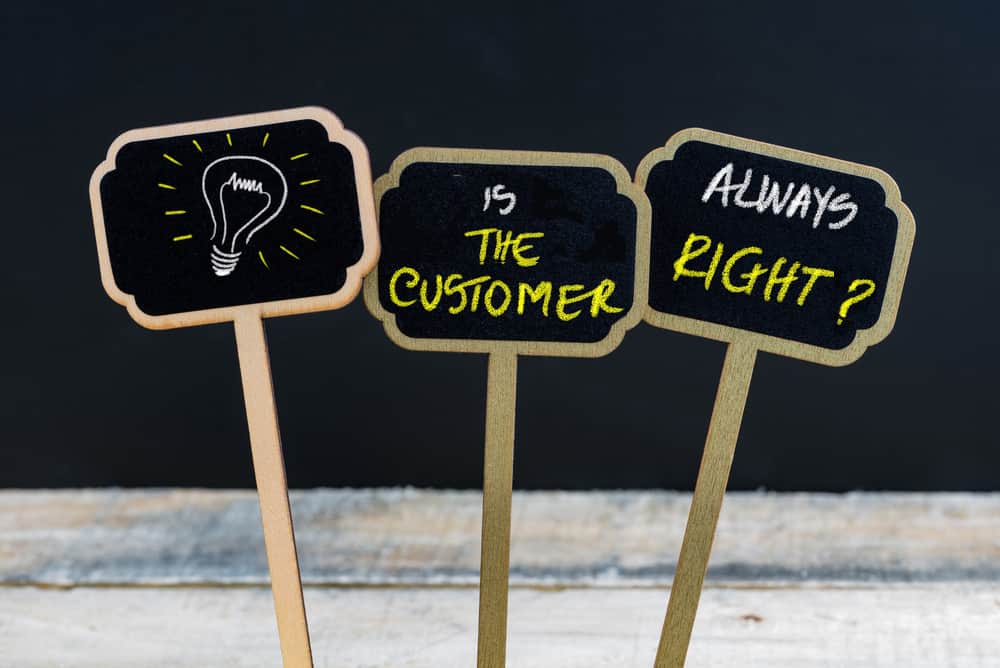 Next →
Is the Customer Always Right?
Comments are closed.