With Grubhub Cutting Pay on Stacked Orders, Are They Still Worth It?

If you are a Grubhub drivers in one of the markets where a new pay model rolled out this week, you will soon find that maybe the most significant change is in how Grubhub pays on multiple orders. It was a change that they buried deep in their email, and not a lot of people seem to have noticed yet.

In the past, you could sort of double dip on stacked orders. You were paid according to their pay model as though you had done the delivery efficiently. Stacked orders were a great way to maximize earnings because of this. However, with the new model, Grubhub is now only paying you for the additional time and distance involved AFTER dropping off the previous order, and this can be a significant reduction.

A Tale of Three Stacked Orders

I had three stacked deliveries yesterday, so I'll break them down as to what they paid, how they figured them, and how the pay differed. Please note that when I talk about the payment, I am not including tips in this analysis. The pay structure only impacts the portion of your payment that comes directly from Grubhub. When I list the mileages and distances, I used the estimates from Google maps, which gives you both an estimated distance and estimated drive time. Grubhub did not break out the number of minutes, which they promised they would. I measured everything with the assumption they're paying about 13 cents a minute based on some charts that were sent to some markets.

Yes, that's their real name – I thought it was clever enough to point it out. (And if you don't get the joke implied, just look at the initials)

Order Number 2 from a sub shop

This one was a bit different. Both customers were in the same apartment building, however the second order came much later than the first one and I think that impacted how they figured the second payout.

What do we do now that we know we'll be paid less?

My first answer is, it doesn't matter.

I mean, it does, it's frustrating, and it shows just how much we are valued by Grubhub.

But when it comes to deciding whether to take stacked orders, it doesn't matter what those orders used to pay. We have to evaluate offers as they are, what they pay now.

It may mean that the order is less likely to be worth taking.

In the past, taking a stacked order was a good way to still be profitable while delivering lower paying orders. Two orders that paid lower may not have been worthwhile on their own, but the efficiency of doing them together coupled with doubling up on the base pay changed that. Now that the second order is only paid strictly on time and mileage, if there is no tip or a low tip on top of it, the time and mileage aren't enough to justify the extra time.

In the end, you just have to estimate the time it's going to take, compare that to the amount you are going to be paid, and decide on a delivery by delivery basis if it works for you.

How can you evaluate if a stacked order is worthwhile?

First, forget about judging the order based on the price alone. Too many people do that and hurt themselves more than help themselves. It's not about the dollar amount. It's about maximizing how much you can earn in the time that you have to deliver. That means you need to focus on your RATE of earning, not the bottom line.

So set a target. Determine how much you need to earn per hour. Make it high enough to make up for slow times if you have them, to cover costs, taxes, all that. Figure out a target hourly rate.

Now calculate how much you think a delivery will pay per minute and compare. Estimate number of minutes you expect to take. Google Assistant or Siri can help you estimate drive times. Use your experience to estimate wait times at the restaurant or if you'll take more time just finding parking, things like that. Figure out how many minutes you think you will take.

I know it's trickier to estimate with stacked orders but with practice you'll be surprised how good you get with predicting delivery times. Bottom line though, don't focus on what it USED to pay – focus on the order itself. If it meets your target rate, go for it. If not… let it go. 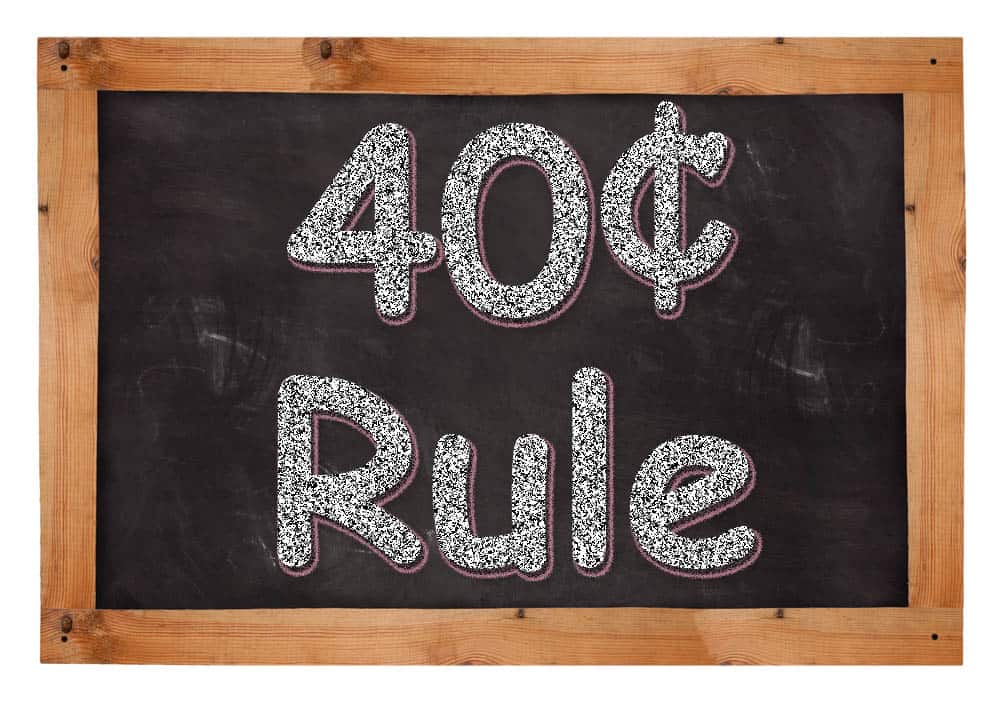 Next →
Use This 8 Step Process to Keep Your Earnings Up Even When Grubhub and Others Cut Your Delivery Fees
Comments are closed.