The question, “Does Doordash withhold taxes for me?” is incredibly common. It’s right at the top of the list of “things Doordash doesn’t tell you.”

Does Doordash withhold taxes for you? They do not. You contract with Doordash as an independent contractor, not as an employee. Since you are technically working for them as a business, you’re on your own when it comes to your taxes. It’s up to you do to your own tax withholding.

Doordash does not withhold taxes for you. I know, I’ve already said that. But it’s worth repeating because you can get in a lot of trouble if you don’t understand that.

Understand this: Even though Doordash does not withhold taxes, we still have to pay taxes. Being an independent contractor does not mean you don’t pay taxes.

It only means that they’re not taken out of your check like they are when you are an employee.

Tax withholding is a form of pre-payment on your tax bill.

You file your tax forms next year for the money you earn. Technically, that is when the tax bill is due.

However, Uncle Sam wants most of that money paid before the end of the year. In fact, if you end up owing more than $1,000 by the time you file your taxes, you could end up with penalties and interest.

That’s true whether you are employed or self employed.

To make sure the money is paid in, employees have money taken out of their check each month based on what it’s estimated that you’ll owe.

Money is taken out for social security and medicare. That money comes out whether you make a little or a lot. That’s because those taxes are based on every dollar you earn, regardless of dependents and deductions.

And then depending on your dependents, exemptions and all the stuff you fill out in a W4, money gets taken out for federal, state and local taxes and sent in.

Your social security and medicare are pay as you go as an employee. There’s no form to fill out each year, it just gets paid.

Then there’s the income tax money that’s taken out. In a way it’s like Uncle Sam is putting that in savings for you.

Except they get to use that money. So maybe it’s more like an interest free loan for the government. Or you can just call it a pre-payment for your tax bill.

I mentioned that technically the tax bill is due the next year. As I write this, it’s 2020. Unless the government changes things aroundl ike they did this year, on April 15 next year your taxes for this year are due.

If you had to pay it all at once, that could become quite a shock. That’s part of why they take the money out early.

We’ve gotten so used to that system that we’re often not even aware of our taxes. We don’t notice the money coming out of our pockets because it never got to our pockets in the first place.

And even on tax day, we usually don’t pay much attention to how much tax we are actually paying. All we care about is, how much was our refund or how much do we have to pay in?

Why do employees even have the money withheld in the first place?

There was a time they didn’t. Everyone just had to pay it all in the next year. There were a couple of reasons the government started having employers take the money out earlier.

So Uncle Sam could get the money earlier

1943 is about when withholding became a permanent thing. World War II was happening and it was expensive. This was a time that the government still needed to actually HAVE the money to be able to spend it.

They finally figured out that if they have the money sent in ahead of time, they can use it earlier. They don’t have to go in as much debt if they can get the tax money earlier.

So Uncle Same knows they can get the money

Let’s face it. On the whole, we’re not good with money.

We’re not good at saving up for things that we know are going to happen. If the money isn’t taken out ahead of time for taxes, a lot of folks are unable to come up with the money at tax time.

That means that the government has to put more effort into collection. The IRS is already overwhelmed as it is, think what a mess it would be otherwise.

Having money withheld out of paychecks makes sure that Uncle Sam is more likely to get his share of the money.

So why does Doordash NOT withhold our taxes?

I wouldn’t be surprised if the government does force Doordash and others eventually to withhold tax money. All those problems I mentioned above about people not having the money come tax time? It’s starting to happen a lot more now that more people are self employed.

It’s just that it’s not as easy.

That’s because as Doordash contractors (or with any other gig companies) we are technically taxed like a business. We’re taxed on profits, not the money we are paid. That’s what makes it complicated.

So how is Doordash or anyone to know what to deduct?

And that’s why we’re on our own.

Does Doordash withhold taxes? No. So where does that leave us?

You have to make sure you don’t get yourself in trouble when it comes to your taxes.

Because if you don’t, you’re in trouble.

How do you stay out of trouble when Doordash does not withhold taxes?

Here’s the thing: Even when you’re self employed, the tax filing process is about the same.

The only difference really is, you are the one in charge of what’s taken out early. If you do it right, you’ll be okay. If not… April 15 may not be a pleasant day.

Here are some steps you can take to stay out of trouble.

Don’t try to do this yourself.

More to the point: If you have to ask whether Doordash is withholding taxes, chances are you probably aren’t familiar with taxes and self employment. You may not have realized you WERE self employed. That’s not a place you want to be if you’re trying to do this on your own.

Get some help understanding this. I can’t recommend enough, find a good tax person to help you with your taxes. They’ll save you a lot more than what you’ll pay them. Sit down with them to get an idea what you need to do to prepare for tax season.

Even if you’re not at the point where you understand taxes, it doesn’t mean you can’t be.

Here’s a starter on your understanding taxes: Your taxes are based on your profit, not the money Doordash and others pay you. You are taxed a percentage of the money that’s left over after your expenses are taken out.

If you keep track of your expenses, that means you lower your taxable income. That means you pay less taxes. THAT means you get in less tax trouble.

Track your miles. You can read this article to learn more about how to do that.

Track your expenses. This article helps with seven rules to make bookkeeping easier.

For help with tracking you might try one of these (I do get paid if you purchase one of these): Step 4: Save money as you go

Get a separate bank account. Something where you won’t touch the money very easily.

Every week, before you touch a penny that you received from Doordash (or any other gig app) take money out for your taxes. Put that money in the bank.

How much do you take out? If you are using programs like Hurdlr or Quickbooks Self Employed, they give you some estimates on what to save. Or you can check out this article that walks through how to calculate what to save.

Can I make a confession?

I’ve robbed my tax fund before.

I had to scramble to make it up. Don’t be me.

The IRS has a quarterly schedule where you can send in estimated payments. Once you send it in, it’s impossible for you to make my mistake. Also remember that thing I said earlier – the IRS wants most your tax money by the end of the year.

It’s not as difficult as some make it out to be. You simply fill out a form that asks you who you are and how much you’re sending in.

You can read more about sending payments in here.

Just in case step 1 didn’t get through.

I suppose step 2 is a form of step 1. You can get help by educating yourself, by finding resources like this site. Or maybe you get help through apps like Hurdlr.

But seriously, folks…. you gotta understand this: Taxes for self employed people, if you make several thousand through these gigs you could be looking at thousands in taxes.

It’s worth it to pay an expert to help you wade through it.

Does Doordash withhold taxes for you? You know the answer to that now. It’s a good thing you’re asking the question. Because now you can take the steps to stay out of trouble. 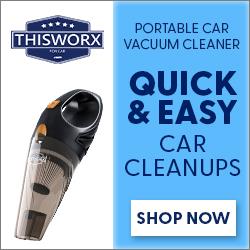