For the longest time, conventional wisdom was that Uber Eats would be the one to eventually knock Grubhub off their perch as market share leader in the food delivery business, with Doordash and Postmates seemingly left behind to battle for scraps.

And yet recent reports like this one and this one show Doordash taking over second place from Uber Eats, and charging hard on Grubhub’s territory. The latest information is based on credit card data that has been analyzed by a company called Second Measure. Another article reports that Grubhub’s market share fell from well over 50% in the past to 34% in 2018.

The interesting thing is that each story I find has completely different data. One might have Uber being the major threat, another will mention Doordash. But whoever number two is, it looks like Grubhub is faltering, and I get the impression that Grubhub is getting nervous.

A driver’s perspective on why Grubhub is losing ground.

I don’t have any data, just some anecdotal observations, but I think the bottom line is, restaurants are happier with Doordash lately and less happy with Grubhub. It appears that Doordash is doing a better job on the quality and satisfaction areas.

As someone who drives for both companies, I can see some things that would support that. Currently over 50% of my revenue is from Grubhub, but I’ve been seeing that change with both Doordash and Postmates making gains. The reasons for those changes may or may not line up with why the other companies are gaining ground. I see four significant factors that play into what’s happening here:

Grubhub has a real problem right now. Too many orders are not getting delivered. This is especially true of orders where the customer did not tip. A lot of drivers prefer Grubhub because they know what they will be paid when they are offered the delivery, however when the offer amount is low, that works against Grubhub.A

With Uber Eats and Postmates, tips are generally given after the delivery, though Uber Eats has recently started allowing customers to tip when ordering. However, drivers do not know the tip amount until later. Doordash presents a minimum pay amount when making an offer, though the tip is not actually factored into that minimum offer.

Doordash seems to have successfully discovered that middle ground when it comes to their offers. They have come under fire for their pay model as there are accusations they are stealing tips although their pay model is clearly spelled out. The bottom line is that they offer a much lower base pay, which is an issue, and so technically they are not stealing tips, but at the same time they subsidize low or no tip offers to make the total amount more reasonable for drivers. While you can make strong cases both ways about the ethics of the pay model, the bottom line is it works better than the others. Uber struggles at times to get drivers to take orders because of lack of tipping from their customers, and Grubhub drivers know ahead of time that they won’t get a tip and often choose to pass on the delivery.

Grubhub has a major problem with dispatch efficiency.

I heard it said somewhere in a forum that other companies dispatch to get their food delivered and Grubhub dispatches to control their drivers. I think there’s a grain of truth to that, though it’s impossible to prove.

All companies offer ridiculous offers that are far away and inefficient. It’s just unavoidable when a computer is dispatching and you’re working with a group of non employees who are not required to take offers. There will always be orders that pop up where there are few if any drivers, and if there is no one closer they have to offer it to someone further out.

The problem with Grubhub in this scenario has to do with their batched order offering. Offers only go out every two minutes, so if a delivery is rejected, it’s two minutes until it’s offered again. Most of the other system have a live system, so an offer could be rejected four or five times in a minute. But with Grubhub, if an order is rejected five times, it’s now been sitting out there ten minutes.

Other companies are better at incentivizing drivers during busy periods

There have been rumors and examples lately of Grubhub offering minimums and bonuses during peak times, but they still lag far behind everyone else in my experience.

This is one area where I see Doordash standing out. Getting drivers in an independent contractor landscape is a competitive process. If there is any question that it will be busy, Doordash is bumping up per-delivery bonuses. I’ve seen them as high as $12 per delivery on top of guaranteed pay and any extra that might come from tips. They appear to have a schedule for these incentives, but they also have the ability to increase them on the fly, and that makes a huge difference.

I have only seen bonuses added by Grubhub a couple of times. Ever. And when the weather gets bad, and the bonuses are being bumped up by everyone else, more drivers are switching over to other apps.

Doordash by their process seems more focused on customer service

Doordash tends to emphasize service in a step by step manner in their delivery process. When you pick up food, you have to check off the items. They give reminders to make sure you have utensils and napkins. They have tighter delivery windows. And they also have the strongest emphasis on customer ratings. I’m not sure these are all necessarily good things especially in an independent contractor environment, however I don’t think there’s any question they still make a difference in higher customer service ratings.

Honestly, there is no real incentive with Grubhub to provide good service. Your level of service can still impact getting tips from Uber and Postmates, but it doesn’t with Grubhub. There are no customer ratings for drivers, and so lousy service doesn’t hurt a driver, at least in the short term, like it does on any other platform.

Is Grubhub Getting Nervous?

From my observations, it looks like Grubhub is getting nervous. I hear through rumblings in the driver community of drivers having their accounts paused and of things said by Grubhub employees about Grubhub cracking down on drivers. I honestly don’t think it will happen much, due to having to walk a fine line over the kind of control they can exert over independent contractors, but I don’t think they mind people thinking they will do so.

Grubhub appears to be putting a lot of the blame for their issues on cherry pickers, on drivers who routinely only accept large payout orders. There have been reports of texts being sent out to drivers that big changes are coming. I think that kind of saber rattling is dangerous, because they know they are already very close to risking having drivers classified as employees, something that would be a major blow to the company. But I think they are getting very concerned about the number of orders not being delivered, thus the number of restaurants they are losing, thus the other companies gaining ground on them.

I think Doordash knows that they’re nervous. They have been ramping up their incentives to get drivers out there in peak times, to a level that I don’t think is sustainable. A lot of people think it’s because of pending lawsuits but I think it has more to do with where Grubhub is right now. They see a giant that is vulnerable and against the ropes, and they’re going to put the pressure on. I think they’re ramping up the incentives to get more drivers to come over to Doordash during peak times, and that is going to add to the struggles for Grubhub. I see it as not letting up when their opponent is down.

Who knows, a lot can change quickly in a short period of time. This time last year, no one was paying attention to Doordash. Will it continue? Will Uber Eats reverse course? Will Grubhub finally get a clue with their dispatching? Stay tuned for future exciting developments in Days of Our Delivery Apps. 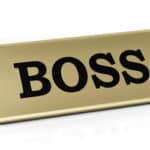 You decided to give the gig economy a try. Maybe you signed on with Ubereats, or Grubhub, or Doordash, or one of the many other companies that use independent contractors to deliver food or goods for various restaurants and stores. Gig economy apps offer big promises. But it doesn’t take long to find people on […]